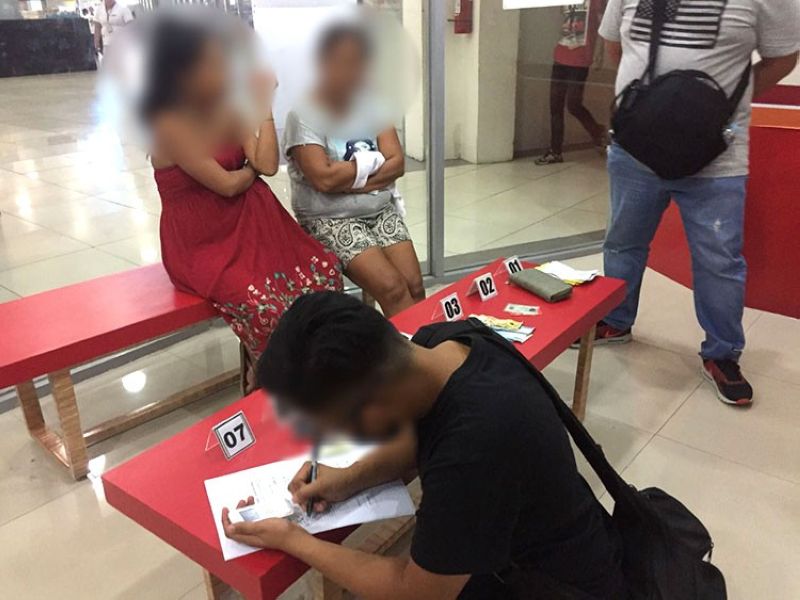 CEBU. The 22-year-old pregnant woman (in red dress) and her mother were arrested Wednesday, April 10, 2019, for online sexual exploitation of children. (IJM photo) 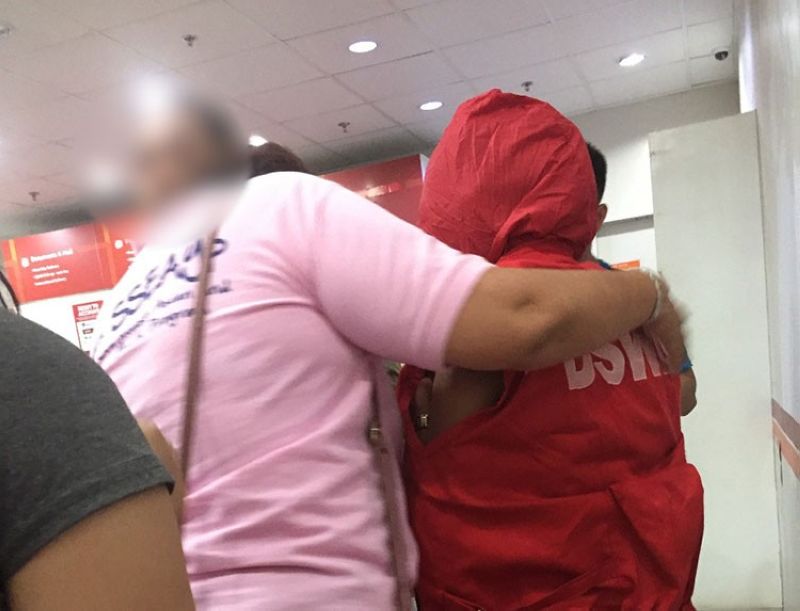 CEBU. The sister of the 22-year-old pregnant suspect escorted by a social worker. (IJM photo) 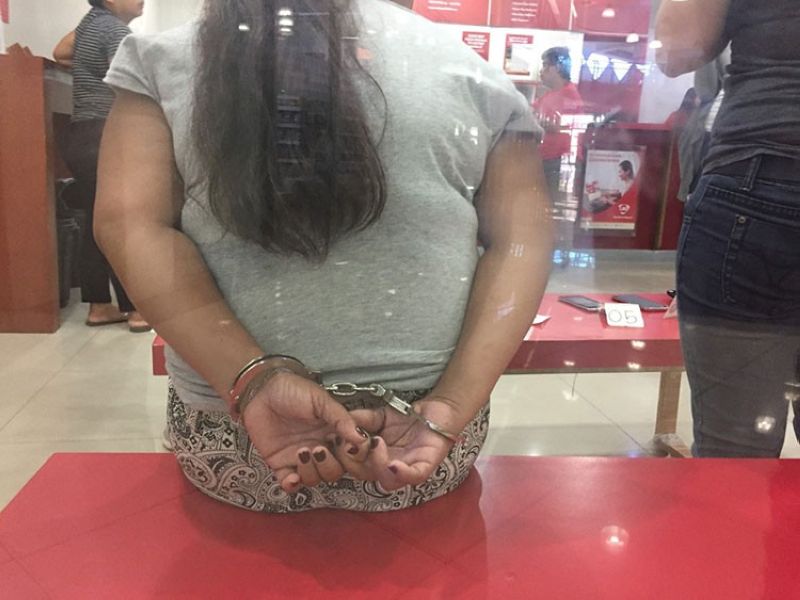 CEBU. The mother of the 22-year-old pregnant woman was also arrested Wednesday, April 10, 2019, after claiming the money sent for the suspect. (IJM photo)

A 22-YEAR-OLD pregnant woman was caught offering to sexually abuse her six-year-old daughter and her sisters, ages 18 and 21, and stream live the exploitation in exchange for money from an online predator.

The pregnant woman's 43-year-old mother was also arrested after claiming the money sent for the suspect.

“While the Philippines has been dubbed the global ‘epicenter’ for the live streaming of child sexual abuse, it is quickly becoming the leader in combating this horrendous crime. International Justice Mission (IJM) praises the PNP (Philippine National Police) Women and Children’s Protection Center as they prioritize rescuing the most vulnerable members of society -- young children and women being sexually abused and exploited in Osec,” said lawyer John Tanagho, director of IJM–Cebu Field Office.

“Across the country, online traffickers are now routinely arrested and charged with non-bailable offenses such as human trafficking, along with cybercrimes and producing child pornography, thanks to diligent and focused police investigations and operations,” he added.

The Inter-Agency Council Against Trafficking-Central Visayas, the Women and Children Protection Desk and Special Weapons and Tactics of the Cebu City Police Office, Department of Social Welfare and Development (DSWD)-Central Visayas, and IJM also supported the operation.

Wednesday's operation was a result of the Advanced Investigative Workshop (AIW) presented by IJM, with funding from the US Department of State, in partnership with Australian Federal Police, National Police of the Netherlands, UK National Crime Agency, US Federal Bureau of Investigation, and Queensland Police Service, and with additional support from Western Union, PLDT, Australian Centre to Counter Child Exploitation, and Interpol.

The outcome of the operation was supported by the Philippine Internet Crimes Against Children Center (Picacc), which serves as a hub for domestic Philippine and foreign law enforcement collaborative efforts to combat online sexual exploitation of children (Osec).

The Picacc is a joint initiative between the National Bureau of Investigation and PNP supported by the Australian Federal Police, United Kingdom National Crime Agency and IJM.

The victims are now in the custody of the DSWD and are receiving trauma-informed care, said IJM in a press release.

Occurring in different communities in the Philippines, Osec is a crime that violates the Anti-Trafficking in Persons Act or Republic Act (RA) 9208 (as amended by RA 10364), which comes with a maximum penalty of life imprisonment and a fine of P2 million to P5 million.

As of April 3, IJM has supported Philippine law enforcement agencies in the arrest of 194 Osec perpetrators and in the rescue of 466 victims around the country since 2011. (PR)