Saruta hopes to repeat against Pacio 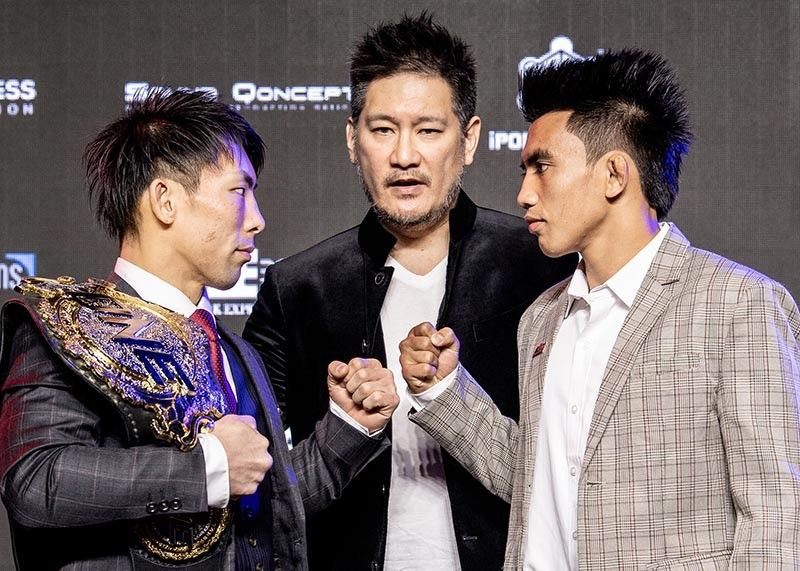 BAGUIO. Fight fans can expect the best in mixed martial arts as promised by reigning One Championship strawweight Yasuke Saruta who remains confident of scoring another victory against team Lakay’s Joshua Pacio. (ONE Championship Photo)

Saruta edged Pacio earlier this year to take away the strawweight belt in a controversial split decision meriting for a quick rematch as ordered by CEO Chatri Sityodtong.

“We got to review the [first] fight, and learn some techniques and I will be trying my best to finish,” Saruta said during the press conference Wednesday afternoon, April 10. “This coming Friday, you can see the strength of a ninja here in the Philippines. Everybody is invited to come over so please come and be excited.”

Saruta also vowed to fight fans to bring out his best into the cage this Friday night at the more than 22,000 seater Mall of Asia in Pasay City that will be top billed by reigning ONE featherweight world champion Martin Nguyen defending his title against Narantungalag Jadambaa.

For his part, Pacio knows the mistakes he made in his first meeting with Saruta that led to his split-decision defeat, and he promises that will not happen again.

“The last bout with him, I learned a lot of lessons. There was a lot of hesitation and a lot of backing up, but I learned a lot,” he added. “This 12 April, I am very inspired and motivated to show a better version of myself. I’m very excited again to compete here in front of my hometown. There’s a big country behind me.”

Pacio believes he wasn’t at his best in that first fight and hopes to go out there and prove he can do much better.

“He’s a great fighter, and I have so much respect for him. But I have the hopes and dreams of an entire country on my shoulders, and I can’t let the fans down. I’m coming to regain the belt. It’s going to be a war this Friday,” Pacio vowed.