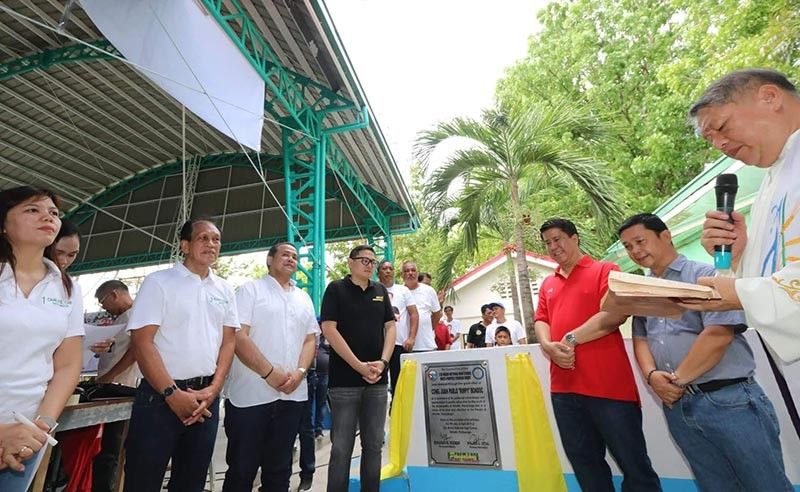 MINALIN -- A new facility to help in the learning process of students of Sta. Maria National High School is now ready for use after it was inaugurated on Tuesday morning, April 9.

Flores said the construction of the school covered court, which can also serve as an evacuation center during times of calamities, was funded through the efforts of Bondoc in the amount of P4 million.

He added that the facility is aimed at providing another venue for students to hold their educational activities and extra-curricular programs as part of the local government’s goal to uplift the quality of education for Minaleño youth.

“This multi-purpose covered court was constructed in the common goal of local officials and the community to provide better quality of education to the youth and we are hopeful that this facility will properly serve its purpose,” he said.

Flores, meanwhile, expressed his gratitude in behalf of the school and Minalin community to Bondoc for continuously pouring in programs aimed at developing this fourth district town, and uplifting the lives of its people.

“It is Congressman Rimpy’s birthday today but he chose to celebrate it with us and instead of receiving a gift from us, he gave us this beautiful gift that the school and the community can use throughout the years,” he said.