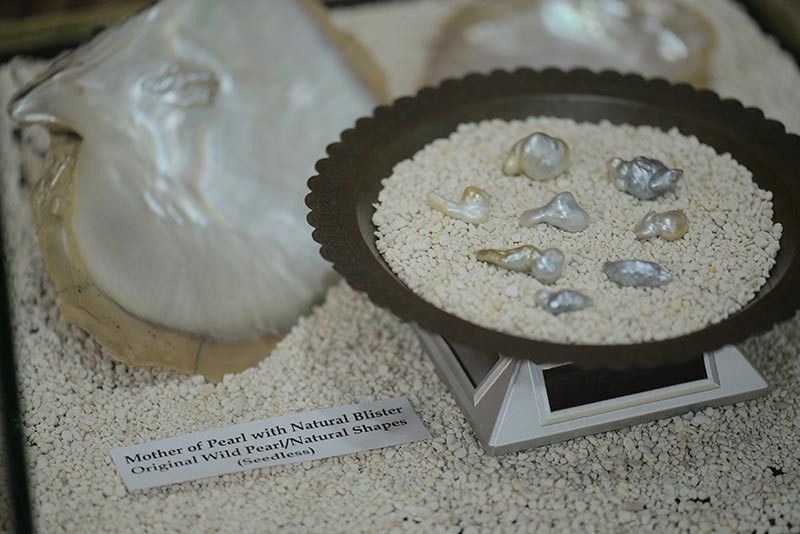 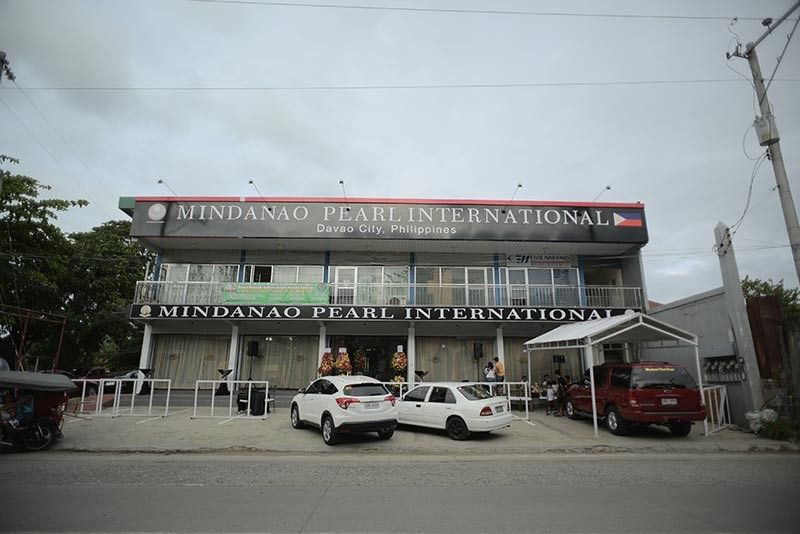 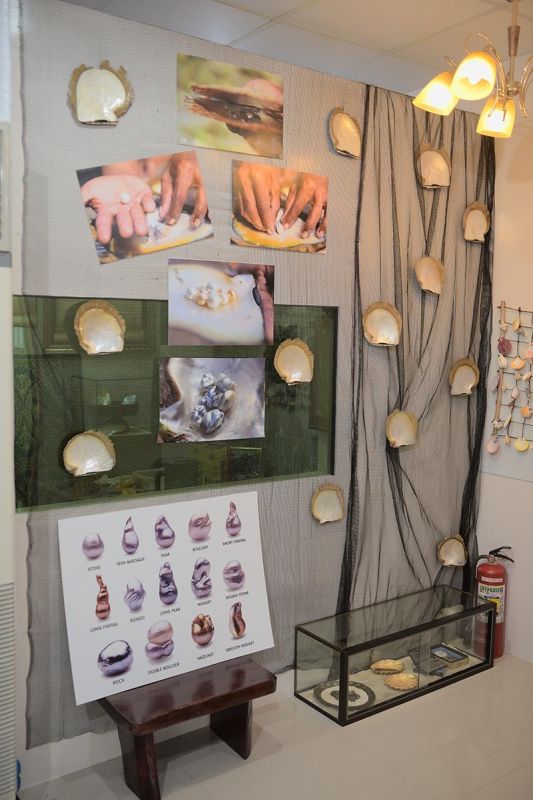 DAVAO. One of the displays at the museum with authentic pearl oyster shells. (Photo by Wizbren Ang) 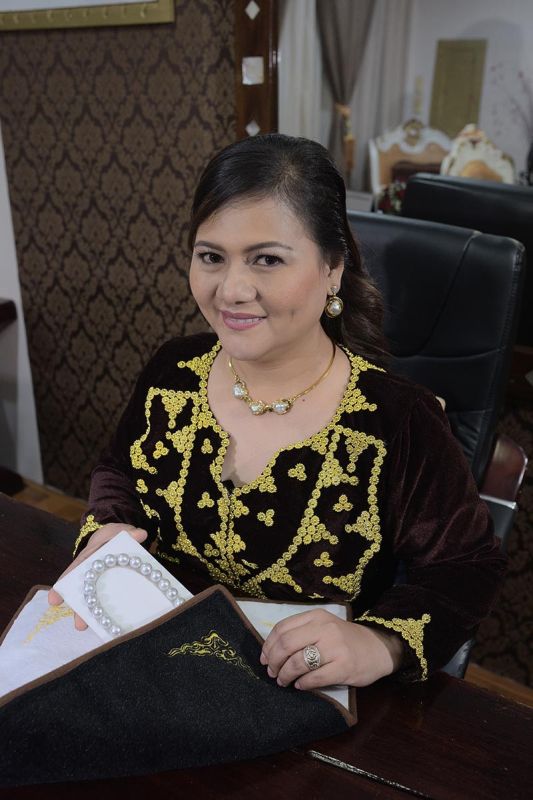 “Baroque pearls are the real pearls”

I RAISED my eyebrows when I heard this not because I am a pearl expert but because I have always thought that a round pearl was the real, if not, the perfect pearl. But the gentle voice was determined and it came from Sitti Ong Go, owner of Mindanao Pearl International Museum, who calmly said this in the same breath when she offered me a dessert plate brimming with tinagtag, a Moro delicacy.

Sitti Ong Go’s dimpled and demure smile betrays a woman who has weathered the harsh seas and conflict in Tawi-tawi to quietly put up the Mindanao Pearl International Museum in Davao City. The museum along Mamay Road has an unpretentious façade but inside it is all plush and swanky. The seats are wide and everything is trimmed with gold. The gleaming tiled floors are enhanced with thick short carpets of various feline designs. Encased in small and simple glass displays are various pearls that Sitti has collected through the years.

Since the 1960s, Sitti’s family has engaged in the jewelry business and she has spent most of her life designing, collecting, selling, and promoting Philippine pearls all over the world.

On the museum’s walls are brief descriptions of various pearls from all over the world. One of these explains that there are seven shapes of pearls: round, semi-round, egg/oval-shaped, button/siopao-shaped, and the baroque or the irregular shaped. A pearl is formed when an irritant, at times even just a grain of sand, enters an oyster or clam who then coats it with saliva to lessen the irritation. The saliva coating is called the nacre and provides a piece of pearl with luster.

According to Sitti, some baroque pearls are “uncontaminated yet coalesced saliva” of the oyster that is why these are the perfect pearls no matter how oddly shaped these are.

The tour inside the room is quick but the displays can be educational as a museum should be. One text display lists that there are five classifications of pearls -- South Sea, Pinctada maxima, Tahitian, Mabe, and Akoya.

The Pinctada Maxima are the largest pearl oysters in the world and are either gold or white lipped and are usually cultured for the producing the south sea pearls. These oysters can also produce gray, platinum, charcoal, aubergine, or peacock pearls.

The Tahitian pearl or black pearl comes from the Pinctada Margaritifera or the black lipped oyster and are the only naturally colored pearls in the world.

Mabe pearls are blistered pearls and the museum’s display describes it as a flat pearl or what we ordinarily call as siopao and are perfect for earrings and rings.

Akoya pearls are from the Pinctada Fucata oysters that are popular in Japan where it got its name. Akoya oysters are the smallest producers and only produce white pearls with resplendent luster.

Sitti knows each pearl like her own after learning the craft from her grandfather who also learned from a Japanese they refer to only as a Mr. Kametane. Being the third generation jeweler Sitti, has patiently etched her presence in international markets and her company, the Mindanao Pearl Center has been accredited by the Department of Trade and Industry, Department of Tourism, and the Center for International Trade Expositions and Missions.

From a lean staff of five, Sitti now has almost 40 employees and most have worked with her since she started designing jewelry at their kitchen table in Zamboanga.

Since 2004, Sitti has been lugging her collections to trade missions in almost 11 countries -- Kingdom of Saudi Arabia, Turkey, France, Canada, Taiwan, Malaysia, Singapore, China, Dubai, and Spain where she earned a personal letter of appreciation from the Queen after the latter bought a complete set of South Sea pearl jewelry.

Her thoroughly curated collection was the sole pearl display allowed in both Asean in 2015 and Apec in 2017, both held in the Philippines. Her pieces are also showcased in prestigious hotels like Okada in Manila and Marco Polo Hotel in Davao City.

This year, she is preparing for the international exhibit at the Dubai World Trade Center upon invitation of its princess. But despite her rising popularity in the world market, Sitti hopes that putting up the Mindanao Pearl International Museum will provide not only a new tourist destination but will also showcase and encourage investors to provide opportunities to pearl farmers and artisans of Mindanao.

The Mindanao International Pearl Museum along Mamay Road is open from Monday until Saturday but visitors are required to book visits two days before their schedule by calling (082) 295-3452.