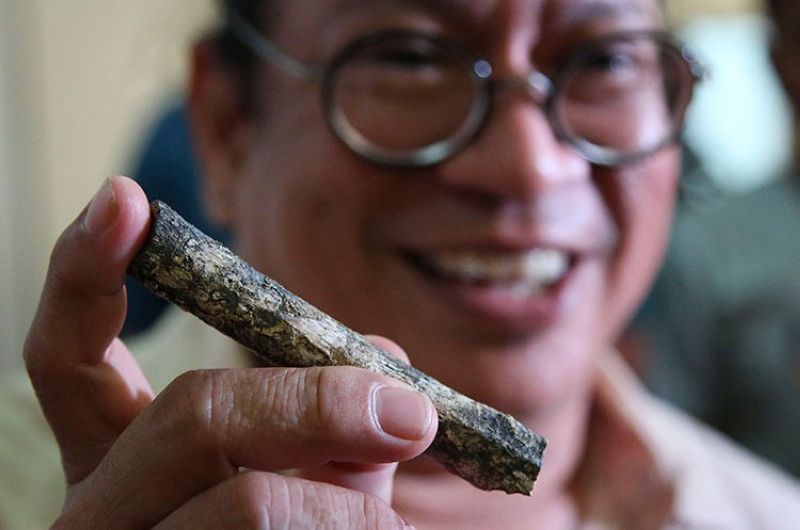 MANILA. Filipino archeologist Armand Salvador Mijares shows a femur bone, one of those they recovered from Callao Cave belonging to a new specie they called Homo luzonensis, during a press conference in Manila on Thursday, April 11, 2019. (AP)

MANILA -- Archaeologists who discovered fossil bones and teeth of a previously unknown human species that thrived more than 50,000 years ago in the northern Philippines said they plan more diggings and better protection of the popular limestone cave complex where the remains were unearthed.

Filipino archaeologist Armand Salvador Mijares said Thursday, April 11, the discovery of the remains, which belonged to three individuals, in Callao Cave in Cagayan province made the Philippines an important research ground on human evolution.

The new specie is called Homo luzonensis after the main northern island of Luzon, where the remains were dug up starting in 2007.

Another archaeologist, Eusebio Dizon, said the remains are the oldest to be found in the Philippines, predating those discovered in Tabon Cave by thousands of years. (AP)