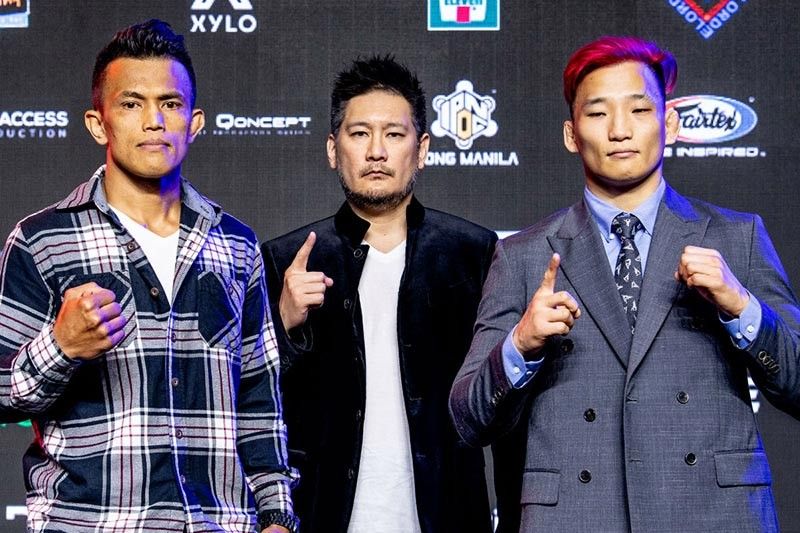 AFTER falling short against Christian Lee in January, Team Lakay’s Edward Kelly is out to prove he remains one of the best featherweights in One Championship.

Kelly is out to prove he is more than a one dimension fighter when he steps inside the cage tonight at the more than 20,000 seater Mall of Asia Arena in ONE: Roots of Honor against South Korean submission specialist Sung Jong Lee headlined by reigning featherweight champion Martin Nguyen against former world titlist Narantungalag Jadambaa.

Kelly always relishes the opportunity to prove the Philippines produces some of the best mixed martial artists on the planet.

His opponent was admittedly nervous facing the crowd from Kelly’s hometown, but Lee hopes to turn the crowd to his side with a jaw-dropping performance on Friday, April 12.

“I am very honored to fight someone from what they call the best team in the Philippines and one of the great fighters there, Edward Kelly,” Lee explained. “I’m so honored, and I hope to give you guys a good show on Friday night.”

Kelly will also be fighting with his brother Eric, who will return to ONE after almost a year of absence.

The older Kelly will attempt to bring the Manila crowd to its feet with a performance that brings back memories of his glory years.

At 36, Kelly is one of the most beloved mixed martial arts veterans in the Philippines, and he still plans on showcasing the best of himself when he faces Kwon Won Il.

While he will undoubtedly have the Mall of Asia Arena on his side, Kelly still faces a very confident opponent in Kwon, who felt right at home with the Filipino crowd.

“I stayed in the Philippines for one and a half months so far, and I consider Manila my second hometown,” Kwon said.

“I met so many people here, and they were so good to me, and I always had a dream of fighting in Manila. That chance finally came. Since this is like my second hometown, I will show you guys a good fight.”

The co-main event will feature fellow Team Lakay’s Joshua Pacio hoping to get back his belt against Japanese tormentor Yasuke Saruta for ONE’s strawweight world championship in their rematch. (Roderick Osis)