Albayalde not worried of Osmeña's threats vs. Cebu City cops 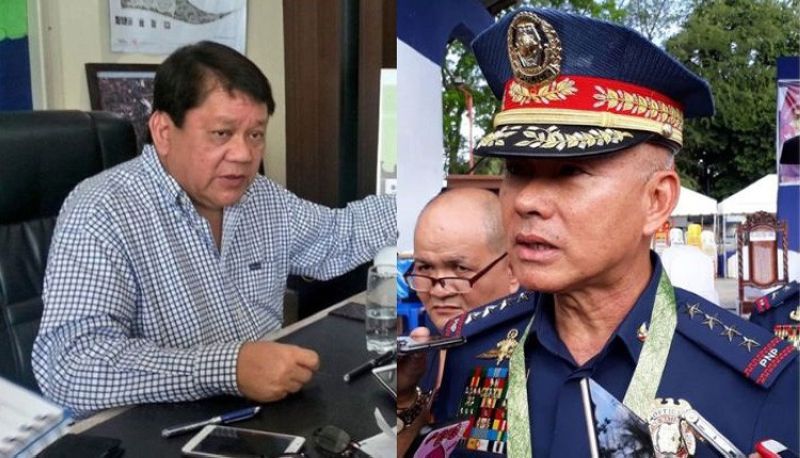 CEBU. Philippine National Police (PNP) Chief Oscar Albayalde (right) is not worried over threats made by Cebu City Mayor Tomas Osmeña that he would withhold the allowances for police officers assigned in his city. (SunStar file photo)

PHILIPPINE National Police (PNP) Chief Oscar Albayalde is not worried over threats made by Cebu City Mayor Tomas Osmeña that he would withhold the allowances for police officers assigned in his city if the strafing incident involving three of his allied barangay captains are not addressed.

Though he has already ordered his personnel in Cebu City to solve the matter, Albayalde urged Osmeña to avoid being "childish" and substantiate his claim that police officers were involved in the strafing incident.

Albayalde said that Osmeña's allegations are serious and the police officers involved could face expulsion from the service if they are found guilty.

But Albayalde said Osmeña should present evidence to prove his claim that police personnel were really involved and not just issue unfounded statements.

As to Osmeña's threats, Albayalde assured that police officers who could lose their allowances will still be supported by the PNP.

“Ginawa naman niya yun. I'm sure the DILG will be made to explain if they don’t want to give support, we can support our people on the ground. Rest assured we can give support to our people on the ground. Up to the station and PCP level. Meron kaming MOOE (Maintenance and Other Operating Expenses). If they don't want to support the PNP, that's their problem, not ours,” Albayalde said.

But Albayalde admitted that Osmeña's recent actions against the police is part of his personality.

“Well ano yan eh. Sometimes yung iba sa atin, we act like a child. Nasa atin yun eh. That's their personality. We have to live with that,” Albayalde added.