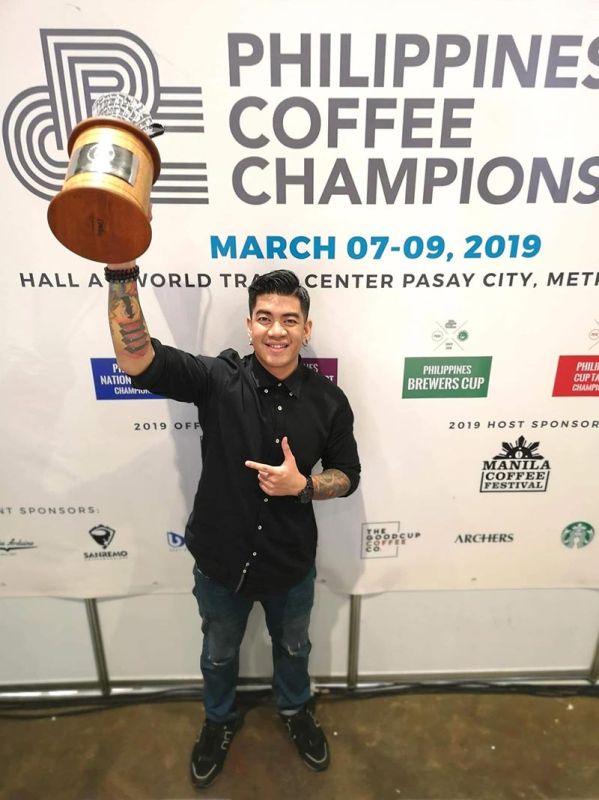 A PRIDE of the local coffee community, 29-year-old John Michael Hermoso was set to leave to compete in the 2019 World Coffee Championships in Boston, Massachusetts Thursday, April 11.

But his dream was cut short when an armed man entered the Good Coffee Cup Company on F. Ramos St. in Cebu City last Wednesday night, April 10, and shot him in the chest.

"He is one of our managing partners, a passionate individual driven to serve the coffee industry-not just in Cebu but the whole Philippines," Bong Abela told reporters.

Abela, also a managing partner of the coffee shop, believed the target of the attack was Hermoso, who was hailed champion in the Philippine Brewer's Cup last month.

"It's really very sad since his vision was to put Cebu in the (barista) map. He became a champion to represent the Philippines in the world so his life revolved around making excellent specialty coffee. It is something that is not found yet in Cebu so that was his other passion, to introduce it here,” Abela said in Cebuano.

He and Hermoso's other friends had no idea about the motive for the attack, saying the victim had no known enemies and had not received any threats.

“I cannot really say what the motive is. The police are actually doing their best to look at all angles," Abela said.

On reports of a business rivalry, Abela said the coffee community in Cebu could not possibly resort to violence.

"The coffee community here in Cebu is very new so we don't know what angle yet," he said in Cebuano. Also killed was cashier Kis Ramos.

The 21-year-old student leader and student journalist of the University of the Philippines Cebu, who was set to graduate in June, was shot in the forehead when she went outside after she heard gunfire.

"It is sad that they (Hermoso and Ramos) could no longer pursue their aspirations," Abela said.

The College Editors Guild of the Philippine Cebu condemned the killings.

"The full details remain unclear, but what does remain clear is that this culture of killing and impunity has emboldened murderers to openly boast of their weapons and shoot people. The rotten system of society that allows this to occur has never been remedied," it said in a statement.

Abela said Kis' parents were distraught when they learned what happened to their daughter.

"They were deeply hurt, especially when they won't get to see their daughter graduate this June,” he said in Cebuano.

Also injured in the shooting were Sherwin Dean Rivera and Jerome Amada, who are both recuperating in a private hospital.

Rivera, 23, was once a student leader at the University of San Jose-Recoletos (USJ-R), where he is a fourth year graduating computer engineering student. Rivera, also a cashier in the coffee shop, is in stable condition.

The university also condemned the incident. "This act of violence, which claimed two lives, is unjustifiable and must be dealt with accordingly in the court of law. USJ-R urges all sectors to work together to achieve a swift resolution to the case," it said in a statement.

Amada, a dining staff, was in critical condition, as of press time. Abela said they will hire a security guard once they reopen after the victims' burial.

"Mangayo gihapon mi sa ilang suporta (We will need the public's support) and this is beyond our comprehension ang nahitabo (what happened). The more nga (that) we need the support of our loyal customers," he said.