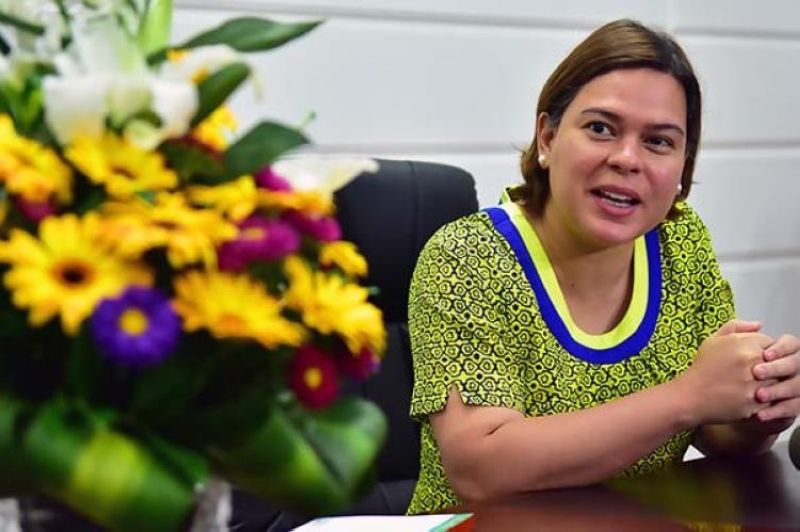 PRESIDENT Rodrigo Duterte made it clear on Thursday, April 12, that his daughter, Davao City Mayor Sara Duterte-Carpio, would not succeed him when his term ends in 2022.

Speaking before his audience in Bacolod City, Duterte said his daughter has no intent to run for the highest position in the country.

The President also stressed that he would even be the one to discourage Duterte-Carpio from running in the next presidential race.

His statement came amid speculations that his daughter is being groomed to be his successor.

There have been claims that Duterte-Carpio, who is seeking a reelection in Davao City in the May 13, 2019 elections, organized the administration-backed regional party Hugpong ng Pagbabago to lay a groundwork for her potential presidential bid.

However, Duterte said his daughter, whom he dubbed as "wise," was merely "shaking the tree."

Duterte added that he would not allow her daughter to be in a difficult situation.

"Shaking the tree and getting rid of the dry leaves and everything. Ako, ayaw kong payagan na... Kung ako, tanungin mo, hindi ako papayag na tatakbo (Me, I won't allow her. If you ask me, I will not allow her to run)," the Chief Executive added.

In February, Duterte-Carpio said she would make a decision on a possible bid for presidency by 2021.

She, however, urged her supporters to stop calling her as the country's "next president."

Duterte, who assumed presidency in 2016, said that being the country's leader only gives him meager pay and insults and criticisms from his political opponents.