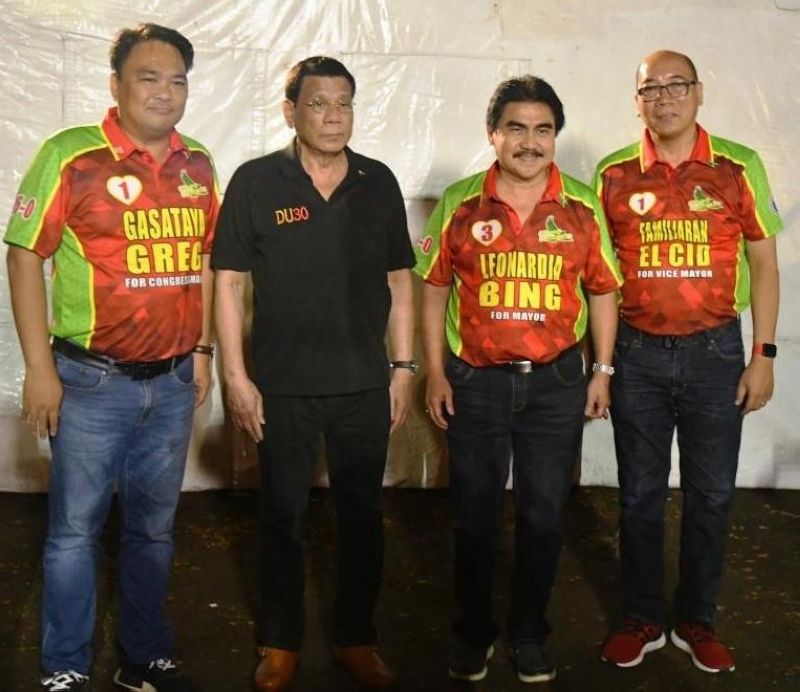 This was the statement of President Rodrigo Duterte during a campaign rally of the Partido Demokratiko Pilipino-Lakas ng Bayan (PDP-Laban) at the Bacolod City Government Center (BCGC) football field Thursday night, April 11.

The PDP-Laban campaign rally, hosted by Grupo Progreso led by Mayor Evelio Leonardia, was attended by about 20,000 people.

Duterte, who delivered his speech behind a bullet proof glass panel, said he had have no problem being assassinated.

He said the presidential guard placed a bullet proof glass because he might get shot from afar.

Duterte pointed out that he will end the country's drug problem in the last three years of his term.

"Itong droga in three years, uubusin ko talaga 'tong mga.... Do not destroy my city with drugs and feed the youngsters, our sons and daughters with shabu. Kasi papatayin talaga kita...noong nag-president ako sinabi ko yan kayong mga ugok... di kayo nakinig, ah di tapos. Wala akong magawa, subukan mo at ikaw ang susunod. I told you when I became a president, do not destroy my country with drugs and do not destroy the Filipino," he said.

Duterte also refused to mention the name of the drug suspect, who is a resident of Bacolod City and has been engaging in money lending business.

"I still have three years, I can go after all of you. Thank God," Duterte said.

For his part, Leonardia said he is thankful that after the MassKara Festival, where Duterte was the guest of honor for three consecutive year, the President returned again in Bacolod City.

Leonardia also personally expressed his gratitude to Duterte for endorsing him in the May elections.

Duterte earlier released a video endorsing Leonardia and he slammed former Bacolod mayor Monico Puentevella for allegedly splicing his video during the campaign rally of the PDP-Laban in Victorias City Coliseum in March.