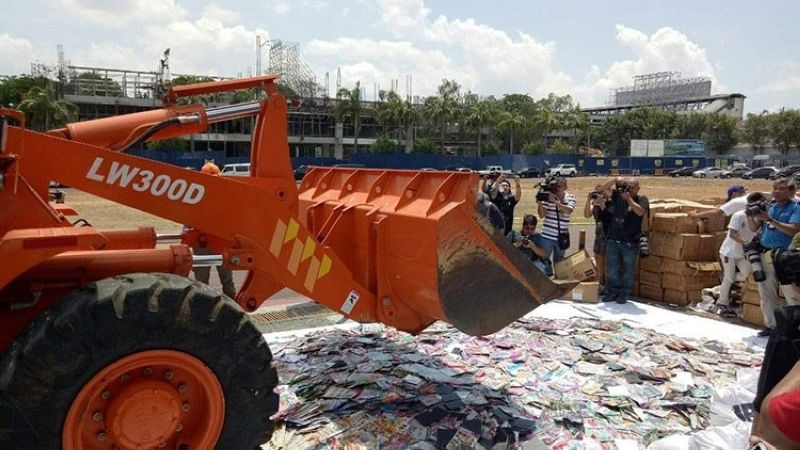 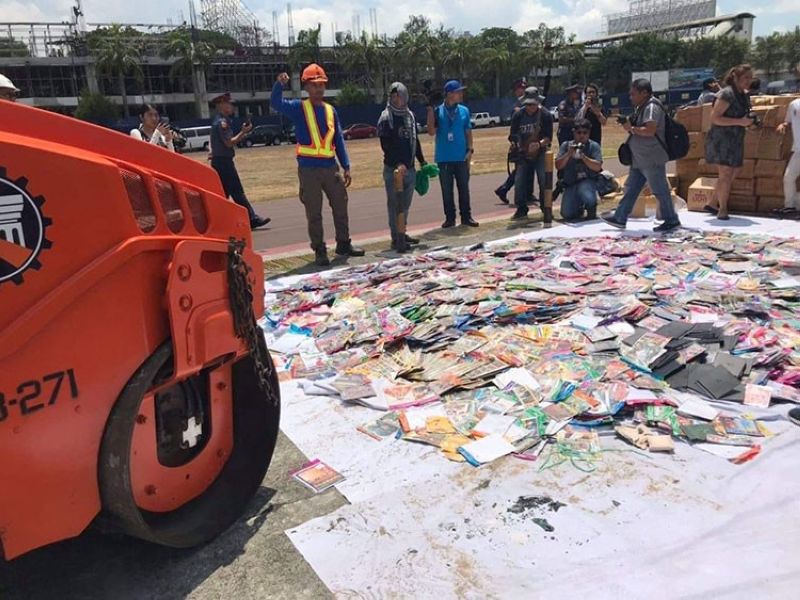 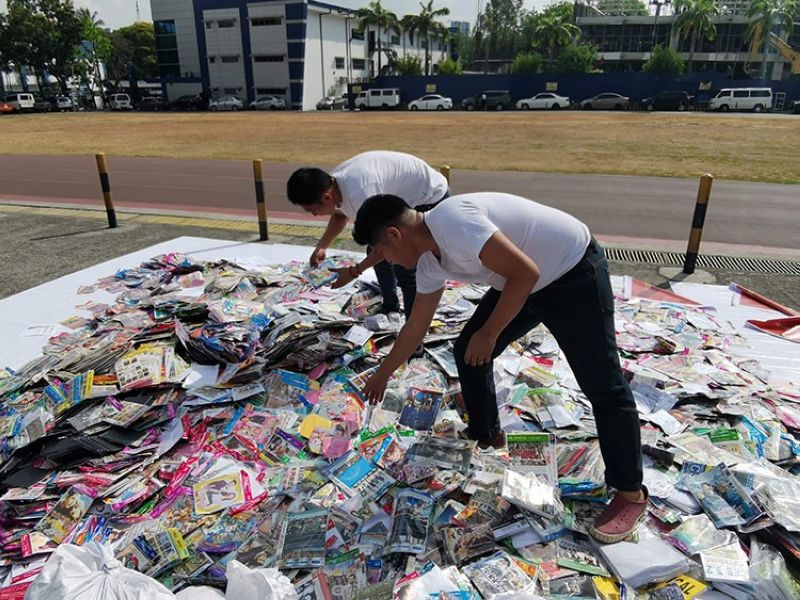 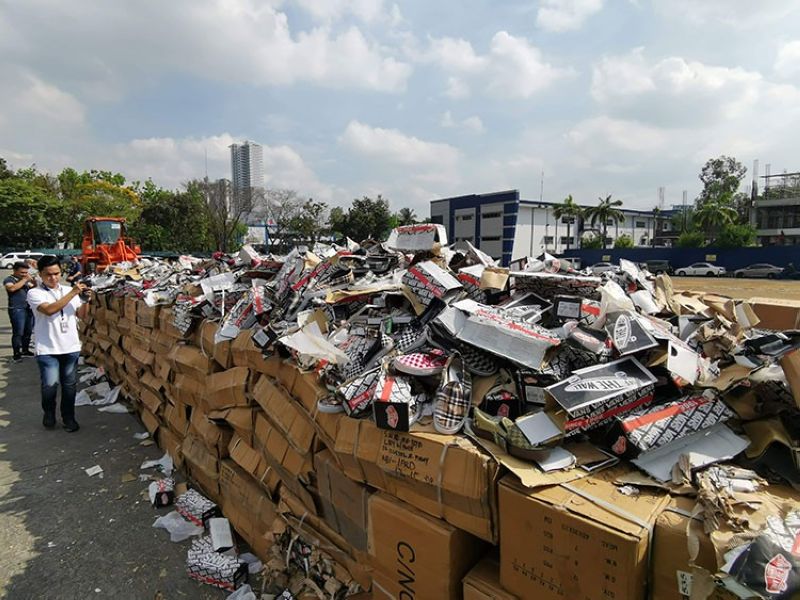 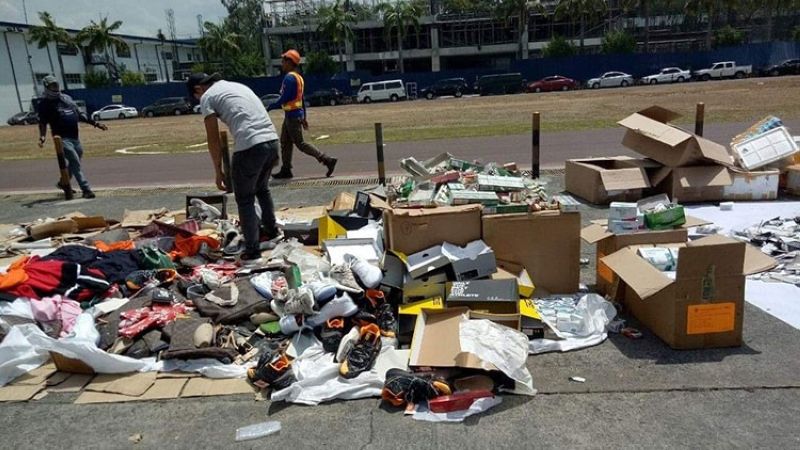 THE Philippine National Police (PNP) led on Friday, April 12, the destruction of P65 million worth of counterfeit items, including signature bags and shoes, as well as gadgets.

In a time for the intellectual property rights month on April,

Using a steamroller and a back hoe, the PNP destroyed pirated CDs and DVDs worth P58,500, cellphones and cellphone cases worth over P10 million, fake Rolex watches worth P1.8 million, cutting blades worth P50,000, fake cigarettes worth P370,000, and counterfeit Louis Vuitton bags and wallets worth over P42 million.

Some branded polo shirts worth over a million pesos were also cut into pieces.

The destroyed items were part of those confiscated by the National Committee on Intellectual Property Rights (NCIPR) in 2018 worth P23.6 billion, 188 percent higher than those seized in 2017.

Santiago said 2018’s seizure was the largest amount confiscated by the government since 2008.

PNP Directorate for Investigation and Detective Management chief Major General Elmo Francis Sarona said the destruction of the counterfeit items is important, as they were manufactured illegally or in violation of the intellectual rights of legitimate manufacturers and companies.

While the PNP ensures the continuous fights against piracy, Sarona encouraged the public to not patronize fake products. (SunStar Philippines)