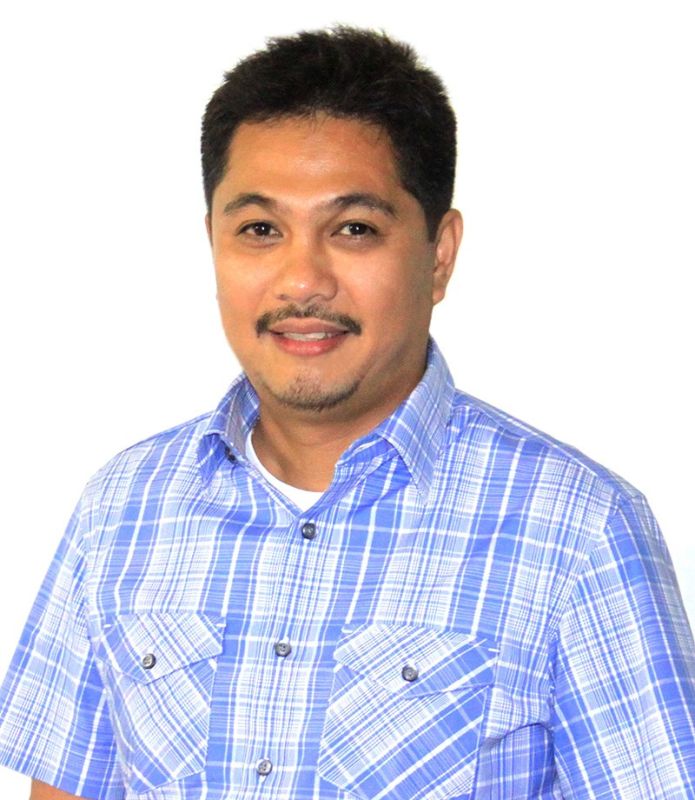 This developed as Almonte took the initial step to clear his name from the so-called narco-list as alleged user by voluntarily submitting to a drug test, which yielded negative results.

Speaking before a huge campaign rally of the Hugpong ng Pagbabago last April 3 in Tangub City, Misamis Occidental, Dela Rosa, President Rodrigo Duterte’s main man in his war against drugs, gave what many observers refer to as “rare words of encouragement” to Almonte, who has since appealed to city residents “to pray so that the right information would reach Malacanang.”

Party-mate and local party’s Team 20-0 standard bearer and gubernatorial candidate Philip Tan said he and Dela Rosa talked about it on stage “and he, himself was surprised and can't believe” that Almonte was on the narco-list.

“As I have been telling Mayor Jason: You should be brave enough to stand by your people. You are loved by the people of Oroquieta. The result of this election will vindicate you,” Tan, current mayor of Tangub City emphasized.

The Drug Dependency Examination Report on Almonte by Dr. Vernon Nery Jr., Chief of Hospital of the Calamba District Hospital in Misamis Occidental, states: “Subject is not a drug user. No further intervention is necessary.” The report was attested to by Notary Public Diogenes B. Apao Jr. last April 5.

The drug test report of the Department of Health – Philippine Drug Screening Laboratory showed that Almonte was negative of illegal substances methamphetamine and tetrahydrocannabinol.

The people of Oroquieta were shocked by the recent report implicating Almonte in the illegal drug use considering the city even received a citation from Interior and Local Government Secretary Eduardo Año for the local government’s anti-drug campaign last December.

In the 2018 National Anti-Drug Abuse Council (Adac) Performance Award signed by Ano, Oroquieta was conferred the “Ideal” city government “in recognition of its exemplary efforts in the performance of its duties in complementing the national government’s anti-illegal drug campaign, and in garnering a score of between 85 to 99 functionality points during the conduct of 2017 ADAC Performance Audit.”

Oroquieta City, known as the “City of Good Life” is also a consistent recipient of DILG’s annual Seal of Good Housekeeping and Seal of Good Local Governance under Almonte’s leadership.

Almonte is currently vying for a seat in Congress in the first district of Misamis Occidental. He served as mayor for three consecutive terms of Oroquieta City, where a big portion of the area was given recognition by the Department of the Interior and Local Government as drug-free under his watch.

Unfortunately, Almonte said, five barangay captains have allied with the rival local party slate. “Illegal drugs would only defeat our vision of a progressive Oroquieta City, and I may be forced to do something about these five barangay captains, file administrative charges against them to compel them to take action against illegal drugs,” he added.

Almonte’s party-mates have attested to his persistent anti-illegal drug advocacy and campaign, which already led to the arrest of drug pushers and traders, including a retired police officer.

The mayor’s party was also informed that followers of the Parojinog clan, whose scion and other known members have been jailed or killed in a major anti-drug operation two years ago, were reportedly planning to mount a political campaign to ensure Almonte’s defeat and his slate. “I don’t know why they are up against me,” he said.

His party-mates noted that the city government’s action against illegal drugs to support the Duterte administration’s war on drugs has in fact helped invigorate the local economy.

John Harold Japay, president of the city’s Youth Leadership Program, an organization of out-school youths disclosed that Mayor Almonte “is very strict against youngsters smoking and drinking liquor in public.”

“We were really very much surprised with the accusation,” Japay said, “All of us would hide, or get out of the place when we hear that the mayor is coming, because we know he would be very angry. So, for small things like that, that he would be angry, how much more on serious and dangerous habits like drug addiction.”

“If he is really into drugs, or alleged to be a narco-politician, why were the big fishes in Oroquieta City caught here and jailed,” asked former Tangub City jail warden, retired Chief Inspector Dominador Laurete Sr. He once served as a police officer in Oroquieta City.

Laurente Sr. was referring to a retired police officer in Oroquieta City who was arrested and convicted as shabu dealer. “He said Oroquieta City has one of the lowest crime incidents in the country, “mostly petty crimes.”

Mayoralty candidate Lemuel Acosta, his party-mate and the city’s current vice mayor, said the number of businesses has doubled during the three terms of Almonte, from about 1,000 registered enterprises when he became mayor in 2010, to about 2,000 business establishments now.

“No public official who is allegedly engaged in illegal drugs can ever come up with a good development program for his city,” said Welita Lara, retired budget officer, who added she felt lucky and fortunate to have Almonte at the helm when she was budget officer.

Father Ernesto Lata, Lopez Jaena Parish Priest of the Iglesia Filipina Independiente, said, “I know Mayor Jason so well since we grew up together and he confides everything to me. So I can attest that there has never been a drug issue with him ever since. All of us are willing to testify and vouch for him that he was never into drugs.”

Almonte’s three terms as mayor of Oroquieta City saw the best governance and public service record in the local government’s history, exemplified by the grant of scholarship to some 4,945 students to improve the labor-force profile of the city.

He also allocated funds for various programs to boost the capabilities of the city personnel, including the DepEd personnel, PNP and Bureau of Jail Management and Penology, barangay tanods, barangay health workers, day care workers, barangay nutrition scholars, tricycle drivers, and indigent senior citizens, among others.

In a gathering, Almonte showed residents of Barangay Pines, one of the farthest from the poblacion, the architect’s perspective of the P330-million sports complex, which is expected to be finished early next year.

“Our aim is to allow us to bid for, along with the province, to host the next Palarong Pambansa, to help boost the city’s campaign to harness the potential of the youth, at least in sports, and take them away from the temptation of drugs,” he shared.

This summer, Mayor Almonte would be treating city residents anew with the funfare and glitter of the city’s annual summer sports league. At least three top collegiate teams from Metro Manila have arrived for the weeklong league. Leading players from the Philippine Basketball Association would be coming shortly to conduct summer basketball clinics for the local youth. (Candy Macabale)