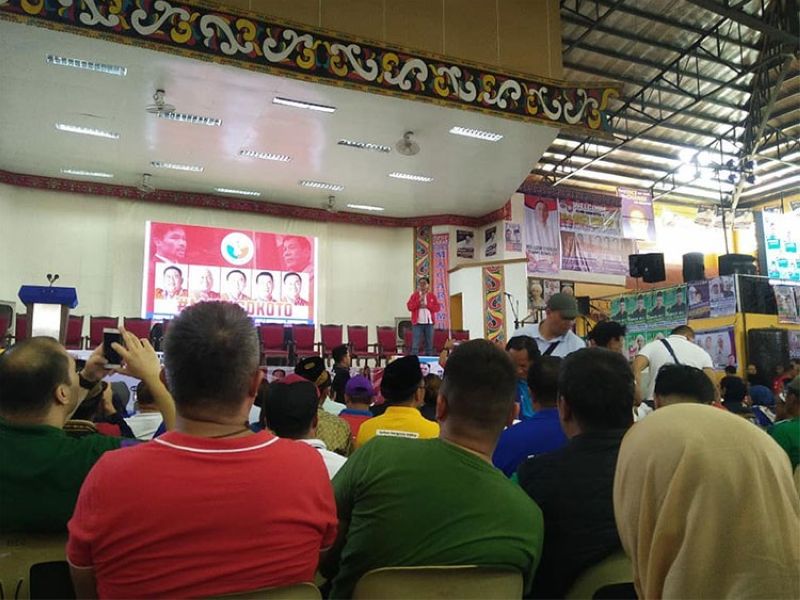 Duterte was expected to grace the PDP-Laban's campaign rally in Marawi City, but the Presidential Security Group started removing the presidential podium and the bulletproof glass after the introduction of administration's senatorial bet Francis Tolentino.

In a chance interview with reporters in the war-torn city, Tolentino said he is not privy to the President's reason for skipping the campaign rally of the PDP-Laban.

Tolentino, however, guaranteed that Duterte's health condition has nothing to do with the latter's absence.

(I don't know the reason because we were together in Bacolod last night. But that's already late. I don't know what happened.)

Malacañang has yet to release an official statement regarding Duterte's absence in the latest event of his political party.

On March 15, Duterte also skipped the PDP-Laban's campaign rally in Davao City due to a headache.

Prior to his second time of skipping the PDP-Laban's event, Duterte attended Thursday the same event in Bacolod City.

On Saturday, April 13, the President is scheduled to grace his political party's campaign rally during the Kaamulan Festival in Malaybalay City, Bukidnon.

On October 4, 2018, Duterte announced that he had repeated his endoscopy and colonoscopy, hinting that his Barrett's esophagus has gotten worse and might have developed into cancer.

The President, however, guaranteed on October 9, 2018 that he tested negative for cancer, based on the results of his medical examinations. (SunStar Philippines)