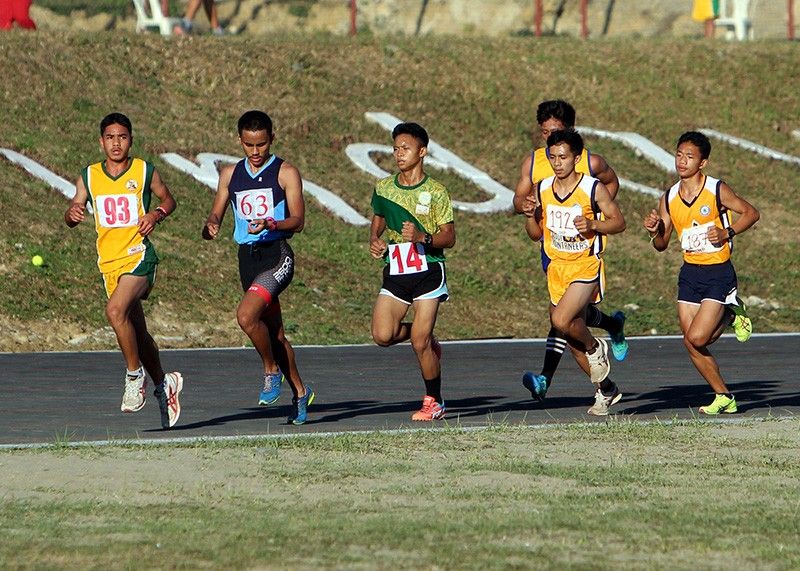 BENGUET. Benguet runner Emerson Batanes outpaces other runners during the 1500 meters secondary boys finals to win the gold medal in the Caraa meet held February earlier this year. Benguet is hoping to improve its medal standings in the next Caraa with the creation of a provincial sports commission. (Photo by Roderick Osis)

In a bid to continuously promote and uplift different sports program, Board Member Nestor Fongwan Jr. has sought the creation of sports commission in the province through a proposed ordinance.

Under the proposed measure, Fongwan said the creation of sports commission aims to help fight drug addiction, alcoholism, and criminality.

“Sports development will effectively address the need for a comprehensive grassroots sports program centered on values inherent in practice of sports thus preventing a child’s chances of becoming juvenile delinquent,” Fongwan said in his ordinance.

Fongwan added the Benguet Provincial Sports Commission will be composed of provincial administrator as chair, five representatives from the private sector, representatives from Department of Education Benguet Division, Benguet State University, Cordillera Career and Development College, King’s College of the Philippines, technical schools within Benguet, provincial board committee on youth and sports development, committee on education chair and an executive director of the BPSC will be tasked to formulate the Benguet Province Sports Development Program, establish plans and oversee its effective implementation.

The executive director will be designated by the governor to carry out policies, rules, and regulations promulgated by the Commission.

The commission will adopt synchronized year round calendar of sports activities and competition sanction by the province during Adivay festival.

BPSC is also tasked to train athletes to compete and to excel in provincial, regional and national athletic meet and competitions for the athletes in a bid to dominate CARAA and contribute to the standing of the region in the Palarong Pambansa.