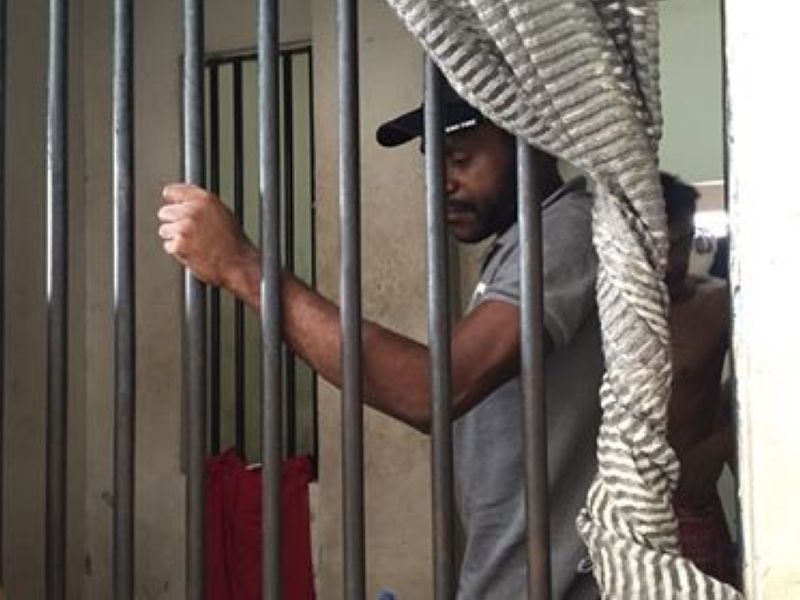 CAUGHT IN THE ACT. Papua New Guinean medical student Noah Malken, 27, is placed behind bars for allegedly peeping on a 21-year-old female student in an apartment in Cebu City. (SunStar Photo/Arnold Y. Bustamante)

A 27-YEAR-old foreign medical student was arrested after he was caught videotaping a young female student who was taking a bath in their rented apartment in Barangay Sambag 2, Cebu City on Thursday afternoon, April 11.

The suspect was identified as Noah Malken, a native of Papua New Guinea.

She later noticed a hole in the bathroom. When she stared at it, she was startled to see a human eye.

Bela wrapped herself in a towel and walked outside. She caught the suspect, holding a cell phone.

The 21-year-old victim called the police and reported the incident. A team rushed to the area and arrested Malken.

Malken and Bela attend the same university in Cebu City.

Abellana Police Station Chief Eduard Sanchez said Bela cried upon learning that the suspect had taken a video of her inside the bathroom.

Bela will press charges against the suspect, who admitted committing the crime.

“I was tempted at that time when I saw her in an open window close to my room,” Malken said.

The foreigner arrived in Cebu in 2017. He could possibly be deported back to his home country, according to Sanchez.

Bela believed that the foreigner had peeped on her several times.

Malken will be charged for violating Republic Act 9995, or the Anti-Photo and Video Voyeurism Act of 2009, which makes it illegal to take photos or video of persons having sex, or of any person’s private parts without that person’s consent. (from AYB of SuperBalita Cebu/KAL)