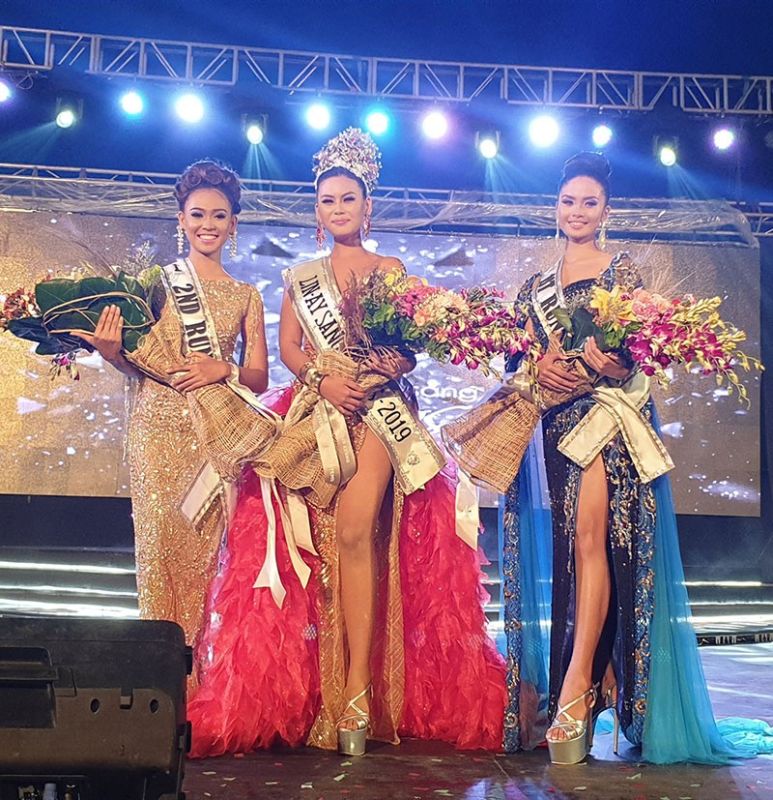 LIN-AY sang Talisay City Roxanne Toleco, 19, who is the reigning Lin-ay sang Talisay 2019, was named as this year's Lin-ay sang Negros queen during the pageant and coronation night held at the Panaad Park and Stadium, April 12.

She is a student of Bachelor of Science in Psychology at the University of St. La Salle Bacolod.

She was followed by first runner up Lin-ay sang Sagay City Jarizz Borcelas, 18, who served as the Sinigayan Festival Queen 2018 of their city.

The new Negros Queen was very grateful to the Lord and those who helped her made it to the top award.

If given the opportunity to join an international pageant, she will be willing to give it a try.

Toleco added that she got an encouragement from Binibining Pilipinas 2018 first runner up Vicky Marie Rushton who is also a Talisaynon.

Her advocacy is education as she has a heart for the people who are financially unstable and she wants them to get educated as much as possible.