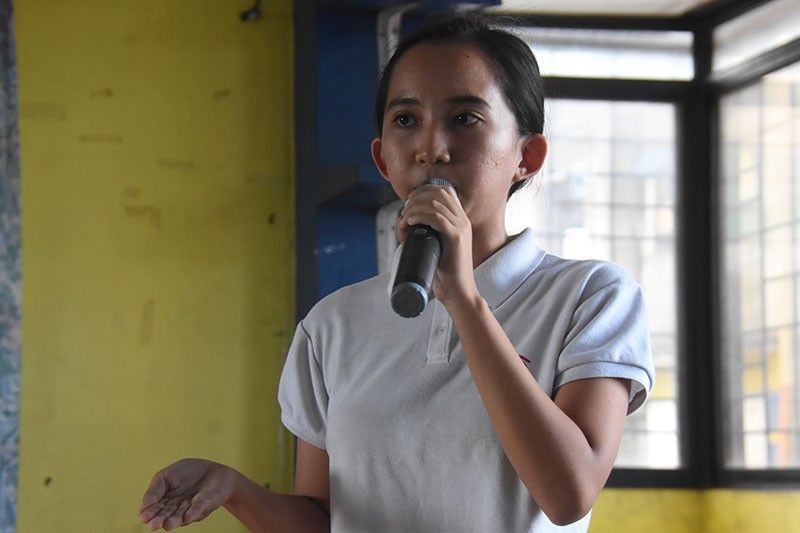 A CHILDREN’S rights group said the lack of child-friendly spaces continues to be a problem in Davao City especially during times of calamity and disaster.

Nagkahiusang Kabataan Aron Katungod Matagamtaman (Nakamata) president Reign Astrid Liporada, during the culmination activity of a disaster preparedness workshop Saturday, April 13, said the provisions of Republic Act 10821, a law that ensures the protection of children before, during, and after disasters and other emergency situations, are not met which was blaringly observed during the recent fire incidents that happened in Piapi Boulevard.

In her speech during the Child Ambassadors on Disaster Risk Reduction and Management Council and Child Protection in Emergency workshop culmination program on Saturday at the Barangay 22-C Function Hall, she urged all stakeholders to provide children with accessible evacuation center due to health concerns.

Liporada also criticized some barangay officials who plunder fundings intended for these projects.

She then encouraged her fellow youth to continuously demand for these kind of projects.

Neem Danrelle Cahoy, monitoring, evaluation, and communications officer of the Tambayan Center for Children’s Rights, organizer of the activity, said that each barangay is mandated to establish an evacuation center in times of disasters and calamities.

Cahoy said that schools and covered courts are not ideal evacuation center.

“Schools will be used kasi for students. So if ting-klase na, expected na papahawaon gyud na sila. As for covered courts, the problem is that in case magkakahawaan ng sakit, mas exposed siya,” Cahoy said.

The Tambayan Center facilitates the disaster preparedness workshop which was held from April 7 to 12 that aimed to impart disaster and other calamities awareness to the youth.

Representatives from the Disaster Risk Reduction and Management Council and the Bureau of Fire Protection also shared their insights on what to do in case of emergency.

Cahoy said the group will conduct more workshop roadshows next year in other barangays in the city. (Jessa Mae B. Reston and Arrianne Kate S. Arilla, Usep interns)