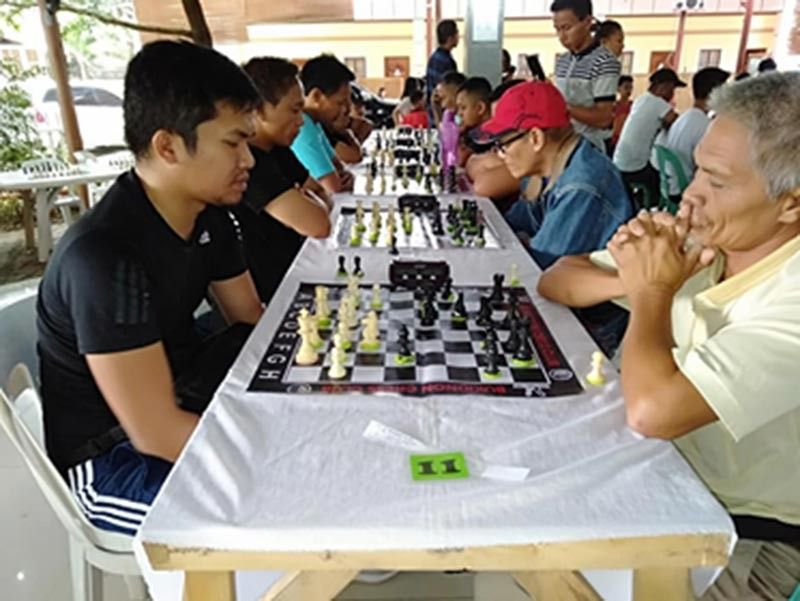 The 30-something Tolentino, one of the professional instructors at the newly-opened Masters Class Chess School in Cagayan de Oro, yielded just a draw to finish with 6.5 points in seven rounds and claimed the P10,000 top purse in the individual Open division of the annual tourney.

"Obviously, i was in good shape during the Kaamulan Festival kay nalaras nako ang first six rounds though i played it safe with a draw in the final round against a certain Melendez of the host city," Tolentino told Sun.Star Cagayan de Oro.

Malaybalay City pride Jeriel Manlimbana and National Master Edsel Montoya of Bacolod City finished in a tie at 6 points to nail the second and third prizes worth P5,000 and P3,000 each also with trophies.

Coming all the way from El Salvador City, Misamis Oriental, Gabriel Tito Oba-ob stamped his class in the individual Open elementary, collecting 5 points to pocket the P2,000 first prize. Khent Lourence Canas and Joseph Alexis dela Rama were tied at 4 points to settle for P1,000 and P500 each.

In the so-called Elementary Exclusive division made exclusive only for Malaybalay residents, dela Rama nabbed the championship prize of P2,000 with Canas securing the P1,000 second prize and Lei Erica Besco the third prize, P500.

Also in the company of Besco at 4 points were Fritz Rowen Melendez and Ludwig Jazz Ypon.

Organized through the effort of the honorable Richard Macas, the 2019 Kaamulan Chess Festival was made successful also with the all-out support of the Bukidnon Breeze Seafood Restaurant for the free use of the playing venue.