Bzzzzz: Tomas-Labella debate still on. It's go for Edgar, against Mike's advice. What must each be thinking? 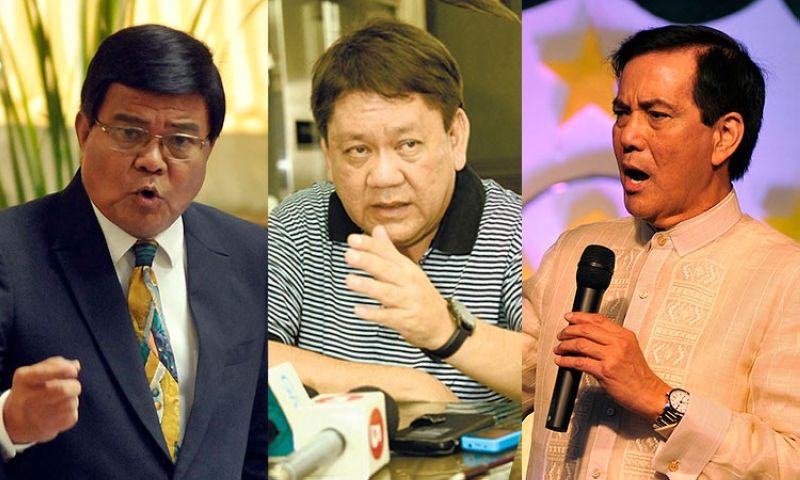 CEBU City Mayor Tomas Osmeña, the incumbent, must be so cocky sure about his chances of winning that he's risking a debate. He was the political "master" who told former protégés Mike Rama and Edgar Labella "not ever to debate if you're ahead." Or he is not sure at this stage but he wants to project the air of triumphant confidence to get more votes.

Challenger Edgar Labella, the vice mayor, publicly explains that he has to push through with the debate since he already gave his word. If he privately thinks it's a bad idea but will go ahead because he values his promise, that's a huge risk to take.

Former mayor Mike Rama, who's running for vice mayor, probably remembers and believes in the advice of Tomas. Mike must think he's way ahead of rival Mary Ann de los Santos, an incumbent councilor; a big reason, according to the Tomas dictum, not to debate.

What's on their mind, particularly Tomas and Edgar? Each must know something the rest of the Cebuanos don't know.

Two of Otso; Serge hangs in

Only two "Otso Diretso" senatorial bets showed a chance of winning, according to Pulse Asia. In its March 23-26 survey (released Thursday, April 11), Senator Bam Aquino and former senator Mar Roxas shared the 11th spot. In the February survey, only Roxas made the cut.

Ten of the 16 who have the "statistical chance" of winning in the May Senate race belong to Davao City Mayor Sara Duterte's Hugpong ng Pagbabago, the administration-backed administration party.

Cebu's Serge Osmena (33 percent) is still in the "Magic 12 or Magic 16." And yes, with Bong Revilla, Imee Marcos and Jinggoy Estrada ahead of him.

And note, Pulse Asia says less than half of the 1,800 survey respondents or 42 percent had a complete Senate slate.

The last word a Bzzzzz source heard was that Junard "Ahong" Chan, PDP-Laban candidate for mayor in Lapu-Lapu City, was in Manila Monday (April 15) to secure a Comelec certification that he was among the 18 candidates who were excluded from the list of 350 or so bets from all over the country for alleged failure to use the correct form of COC or certificate of candidacy.

Lapu-Lapu voters should hear from Chan's camp soon. An option would be for Chan to join forces with Rolando Patalinjug to improve the chance to end the decades-long rule of the Radazas in that city.