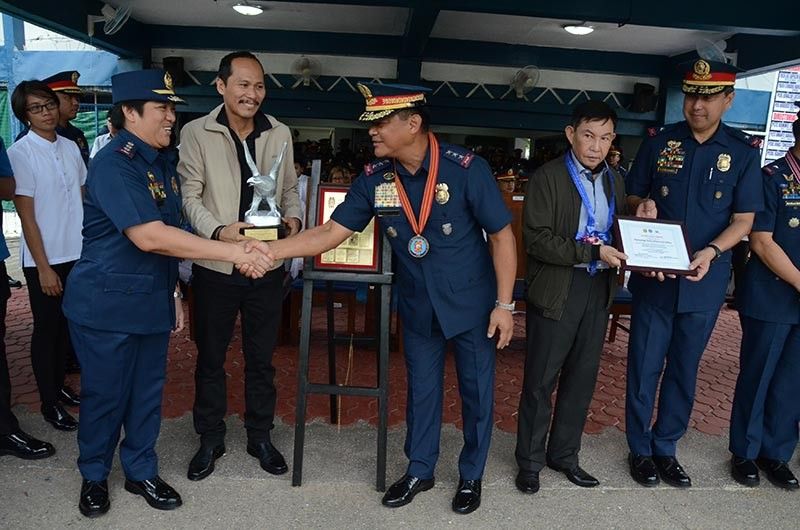 AFTER fulfilling the requirements of the Proficiency Stage of the PNP’s Peace and Order Agenda for Transformation and Upholding the Rule of Law (P.A.T.R.O.L.) Plan 2030, all nine provincial/city police offices of Central Luzon Police Regional Office were conferred the Gold and Silver Eagle awards.

Lieutenant General Camilo Pancratius Cascolan, chief of the Directorial Staff and chairman of the Technical Working Group PNP P.A.T.R.O.L Plan 2030, presented the awards to the provincial/city directors during the conferment ceremony which coincided with the traditional Monday flag raising ceremony held at the PRO3 Parade Grounds here.

Conferred with the Gold Eagle Awards were Bulacan, Tarlac and Olongapo Police Offices as well as Regional Mobile Force Battalion.

PRO Central Luzon Regional Director Joel Napoleon M. Coronel said the proficiency stage is the third component of the PGS before a PNP unit could get a go-signal to institutionalize all its measures and tools for its transformation program.

“Your awards were only achieved and made possible by the collaborative efforts of every personnel making this transformation a reality for the PNP PRO3. It serves as an inspiration for each of us and I encourage everyone to keep the flame burning as we work together to surpass the challenges of the last stage which is the institutionalization,” he said.