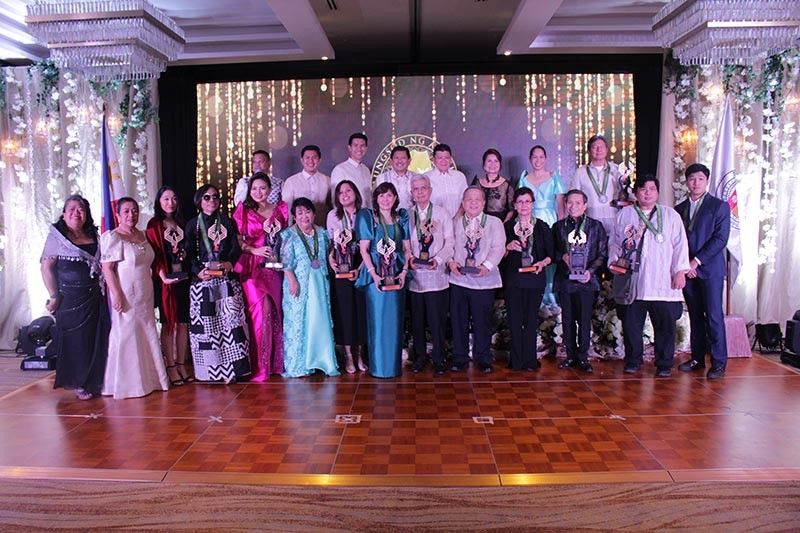 NINE individuals and two organizations were conferred with the Pamana Awards by Mayor Edgardo Pamintuan during a fitting ceremony held April 12 at the Best Western Metro Clark Hotel, in Barangay Balibago in Angeles City.

Pamana, which stands for Pagmaragul at Matenakang Anak ning Angeles, is institutionalized as the highest award given by the local government of Angeles City to Angeleños, living or departed, individuals or institutions, or to those who may not be Angeleños by birth or by life-long residency, but have made a great impact on the welfare of the city and the lives of its people.

Held every five years, Pamana Awards is also conceptualized to celebrate the people who have contributed to the growth and development of Angeles City; leaders who have shaped Angeleño society; and individuals or institutions who have brought fame, honor, pride and recognition to the city through their outstanding achievements that have contributed to the well-being, progress, honor, and pride of the people of Angeles City.

In his speech, Pamintuan thanked the awardees for their invaluable support to the programs of the local government especially those which have been priorities of his administration such as health care, quality education, environmental protection, and culture and arts preservation.

Pamintuan, who is serving the last few months of his final term as local chief executive, expressed his sincerest appreciation to the awardees who helped the local government build a better Angeles City.

Dr. Rey Albert Franco expressed his elation over the prestigious fete through a response message on behalf of all the awardees.

“Rest assured that we, the living awardees, will continue to do and fulfill our commitment to our beloved city of Angeles and to the citizenry for it does not end tonight. It is with great to serve the city to the best of our own capacity,” said Dr. Franco.

“On a more personal note, I do feel a special commitment and moral obligation to serve Ospital ning Angeles (ONA) and those who cannot afford special cardiac care. I would like to share my blessings to my kababayans who cannot afford it,” said the renowned cardiologist who spearheaded with Pamintuan for the establishment of the ONA Intensive Cardiac Care Unit. (PR)