Comelec: No campaigning during Holy Week 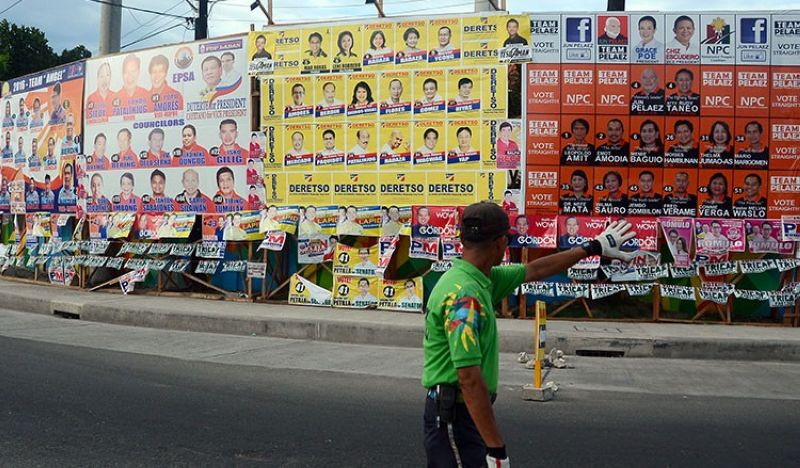 THE Commission on Elections (Comelec) has reminded candidates for the May elections to refrain from campaigning during Holy Week, especially on Maundy Thursday and Good Friday.

Comelec Provincial Officer Fernando Cot-om said campaigning on these days, which fall on April 18 and April 19 this year, is prohibited under the Omnibus Election Code.

“Campaigning during Holy Week is banned under the Omnibus Election Code and is also included in the calendar of activities released by the Comelec to the public, including the candidates,” Cot-om said.

Cot-om said the poll body will be strictly monitoring candidates who will be violating the law in any way possible, and will be implementing appropriate charges against those who will be apprehended.

“Giving away of campaign paraphernalia and playing of jingles will be strictly prohibited especially during Maundy Thursday and Good Friday. We will also be looking into candidates who will be taking advantage of the Catholic’s traditional activities such as giving away of free mineral water with candidates’ names and the like,” Cot-om said.

Cot-om also urged the Kapampangans to coordinate and report to the provincial office any activities performed by candidates related to campaigning that they will see during the two specific dates mentioned.

“As much as we would like to monitor all areas during the said period, we are short on manpower. That is why the assistance of the public will be of great help. It would be better if they can take photos or videos so we will have solid evidence against the violating candidates,” he said.

Cot-om said that candidates who violate the ban could be charged with an election offense and may face a prison term of up to six years, disqualification from running for public office and removal of their right to vote.