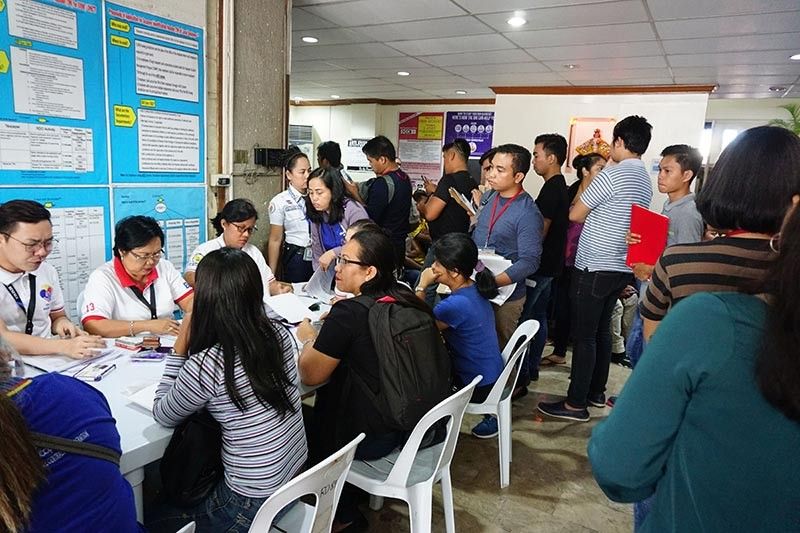 BEATING THE DEADLINE. Those already in line at the Bureau of Internal Revenue offices before the 5 p.m. deadline are assured of being accommodated, the BIR says. (SunStar photo / Alex Badayos)

HUNDREDS of taxpayers lined up at the regional Bureau of Internal Revenue (BIR) office 13 for the last day of filing of income taxes on Monday, April 15.

“It’s the same as last year, that people flocked to our offices for the filing of their income tax. Our goal for April in terms of income tax is P2.7 billion,” she said.

Income taxes comprise the bulk of the overall tax collection of the BIR 13, having a 67-percent share among the value-added taxes, excise taxes, percentage taxes and other taxes.

BIR 13 has jurisdiction over Cebu and Bohol.

Jingco said that in the first quarter, their collection exceeded the target by 8.7 percent.

She said this is also up against last year’s collection by 29 percent.

“We collected P7.8 billion versus the target of P7.2 billion for the first quarter. Last year, we collected P6 billion,” she said.

She attributed this to the bureau’s intensive campaigns like the Run Against Tax Evaders (Rate) and Oplan Kandado.

For Rate, the BIR investigates violations of the National Internal Revenue Code of 1997 and assists in the prosecution of criminal cases.

Under Oplan Kandado business operations of non-compliant taxpayers are suspended and their establishments will be temporarily closed if they will be found to have violated certain tax laws.

Trinidad Villamil, revenue district officer of Cebu City North, said all their staff members are on deck to accommodate taxpayers and to make the process easier and smooth.

“We are in full force. This is so we can shorten the processing time. That will make us cater to more taxpayers,” she said.

On a daily basis, Villamil said they serve between 500 and 800 individuals. Yesterday, they had to accommodate more.

“As early as 7:30 in the morning, people have been lining up in the office. We will still cater to any taxpayer who’s within the premises at 5 p.m. but beyond that deadline, no more,” she said. (JOB)