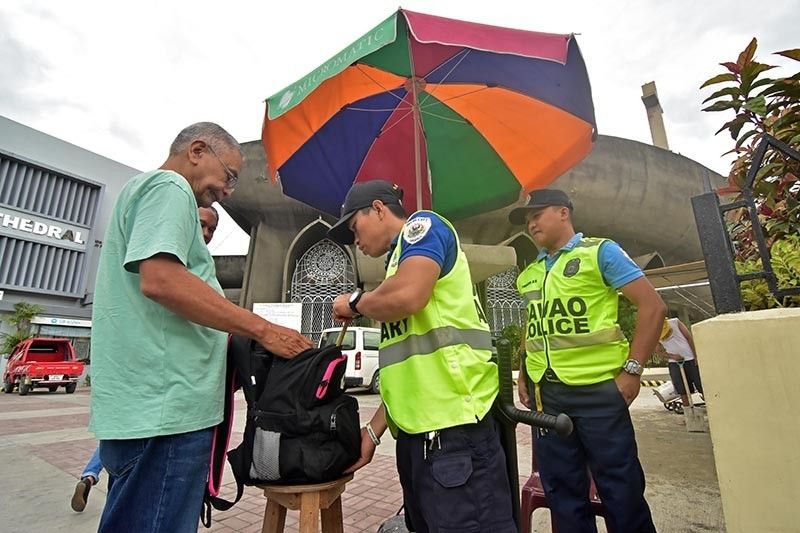 DURING Holy Week, local authorities said the standing “No backpack policy” in Davao City will be further intensified to ensure the welfare of the public.

The Archdiocese of Davao issued an advisory on January 29, stating that churchgoers are not allowed to bring backpacks, knapsacks, and carton boxes to churches while some non-Catholic churches in the city have also implemented such policy following the twin bombing incidents at the Jolo Cathedral and the series of bombing incidents in Western Mindanao.

Tagum, meanwhile, said they are all set for their security coverage of the Holy Week. During their regular command conference last week, he directed his ground commanders to cover all the Catholic churches within Davao City and also the route of the procession.

In the city, they are monitoring around 30 catholic churches.

“In addition, I have also directed for the activation of our motorist assistance desk in all 12 police station area within Davao City to cater to all the motorists who will be passing by the Davao City,” he added.

The assistance desk will be coordinating with the Central 911 for medical concern and give assistance to the motorists who may experience mechanical problems.

Additional personnel coming from the Police Regional Office (PRO 11) will also be deployed to augment the existing police force of DCPO.

“We will have no leave and we will be on full alert so expect a maximum number of personnel that will be deployed by DCPO together with Police auxiliary,” he added.