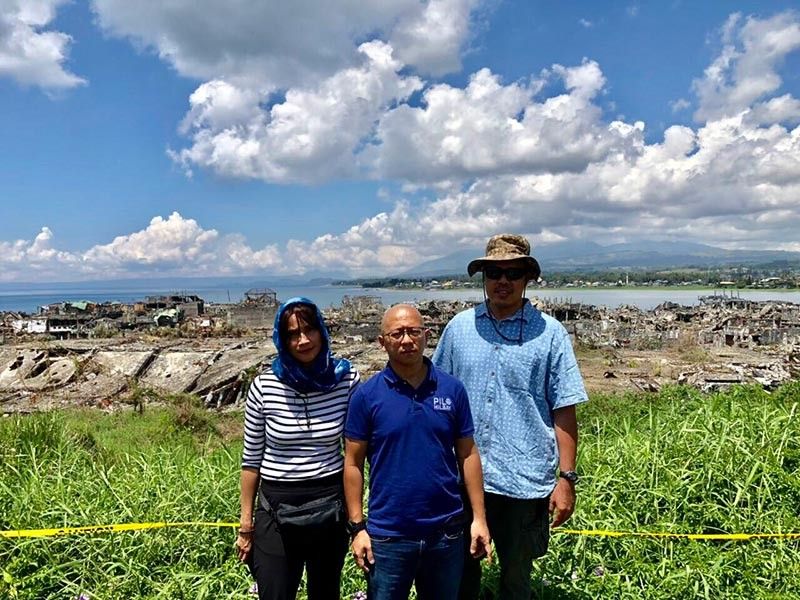 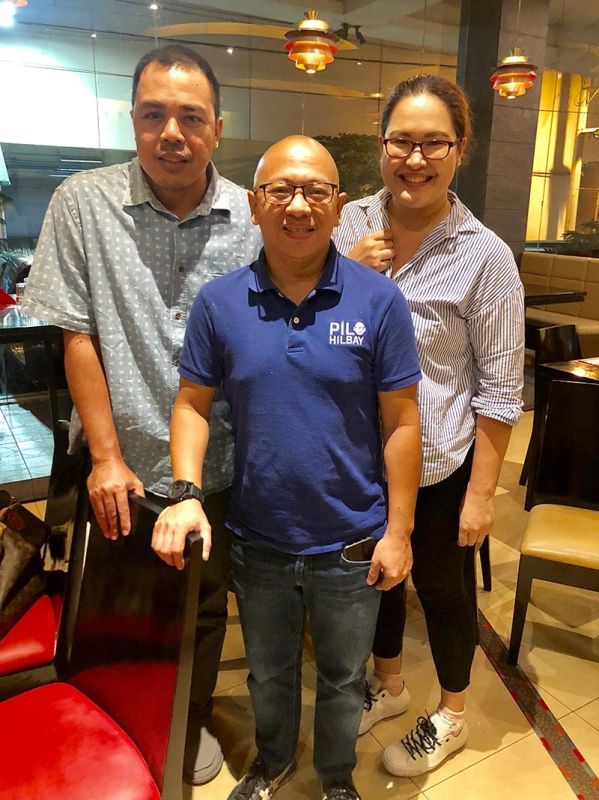 My husband and I catchig up with Atty. Pilo Hilbay, the underdog running for senator. He is a bar topnotcher, who has a Masters of Law from the prestigious Yale University. (Hannah Wabe) 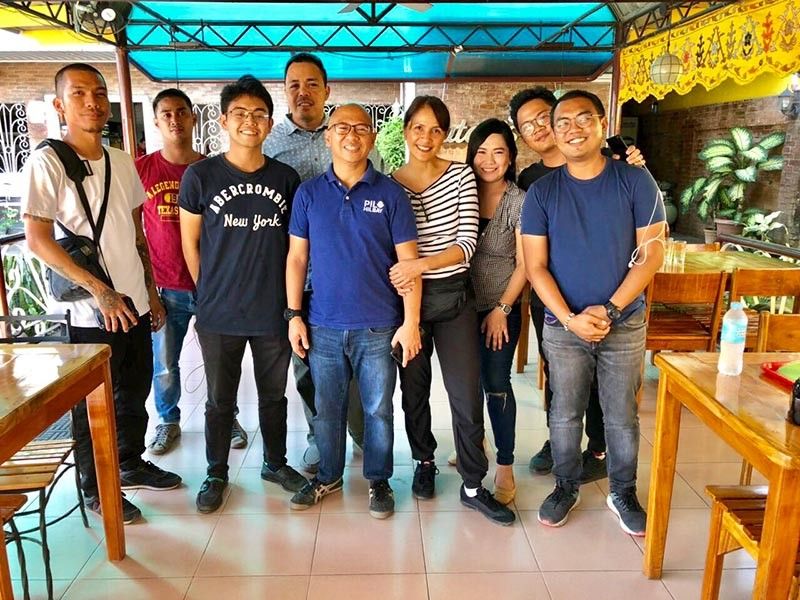 WHEN we see majority of our marginalized country men in dire need of healthcare, quality education, human rights, etc.; we cannot help but feel disenchanted about the people we elected into government. Do they fully understand what public service means? Many of us have been disillusioned by dirty politics and the empty promises. And most definitely, it is disheartening when we can clearly see that our taxes aren’t working for us optimally.

A lot of money is spent during the campaign period and there seems to be that goal to get a return on a politician’s “investment.” Nowadays, it feels onerous to campaign for politicians because when they do gain power, some inevitably end up eating their principles and become political butterflies that flitter from party to party, depending on who is on the side of the administration, for personal gain.

But over the past months, social media has been buzzing about this neophyte underdog, Pilo Hilbay, running for a senate position. He has no political pedigree, no padrinos, and no money. I saw his viral video and I admit it managed to tug at my heartstrings. This article is not a paid post nor do I benefit anything from writing this. But, I want to...because it is our obligation to get to know the people running to represent us. And for the first time in a long time, someone gave me hope for our politcal landscape!

Pilo grew up in the slums. He is a certified Batang Tondo. His mom was a housekeeper and his father a messenger. Both parents did not finish schooling. This is a trope familiar to millions of our marginalized countrymen living in abject poverty. Pilo’s lifestory is interesting, fit for an MMK episode.

However, this man vowed to break the cycle of poverty in his family through education. And for that alone, he deserves all our respect. He turned his seemingly impossible situation and made things possible to turn his dreams into reality. He studied hard in school and was able to make it all the way to University of the Philippines Diliman College of Law. He became the bar topnotcher in 1999. No mean feat at all!

In 2001, he became a Fulbright Visiting scholar at Boston College. In 2005, he obtained his Masters of Law in Yale. He has also held fellowships at the Max Planck Institute in Germany, Asian Law Institute at the National University of Singapore, and at Siliman University. Not bad at all, for a Tondo boy who was expected to be a kanto boy!

He was also the youngest Solicitor General at the time of his appointment. Atty. Pilo has had great accomplishments to show when he was still Solgen—the most notable of which are the following:

He successfully defended the Reproductive Health Law before the Supreme Court.

He pushed for the return of the P71-B coconut levy funds to the gov’t. coffers.

He led the Philippine Legal Team that successfully fought for the West Philippine Sea at the Permanent Court of Arbitration.

His impressive resume, coming from humble beginnings, is enough to make anyone pay attention. I don’t know about you, but I’ve had enough of the entitled rich kids, action stars, comedians, plunderers, and clowns in our Senate. Who can make better laws for the poor and champion their cause, other than someone who understands their plight. Going to bed hungry, fearing for the future because of lack of resources, and/or not going to the hospital because there’s no money for medicine. Pilo has experienced this all, and he didn’t succumb to it.

Over the weekend, my husband and I had the chance to meet the team running #Hilbayanihan. We also got acquainted with the man himself, Florin “Pilo” Hilbay #37. They are a simple bunch primarily composed of volunteers candid enough to admit they are running a national campaign on a tight budget. What they lack in money, they make up for in passion and enthusiasm. I asked all of them why they do what they do, and the simple answer was: para sa bayan.

Nahiya naman ako. My aspirations have always been personal or for my family. And, I guess, this is where our problem as a county lies. We are not united. We are too easily consumed by partisan politics and personal egos. We do not move as one. We have no love for country. And as the timeless adage goes: “We are only as strong as we are united, as weak as we are divided.”

Atty. Pilo, you should be mighty proud of yourself and all that you have achieved. Those are beyond politics. Many already consider you as a serious threat; hence, the attacks from trolls and other established politicians. Your track record indicates that you have the grit and tenacity to see this through to the end. I enjoyed meeting such a humble and down-to-earth man with no frills and airs. You are already blessed. And now even more so, because you’re given this once-in-a-lifetime opportunity to go around the country and meet our people. Good luck and may God always bless you on this journey. No one can put a good man down.