Musings of a wandering mind 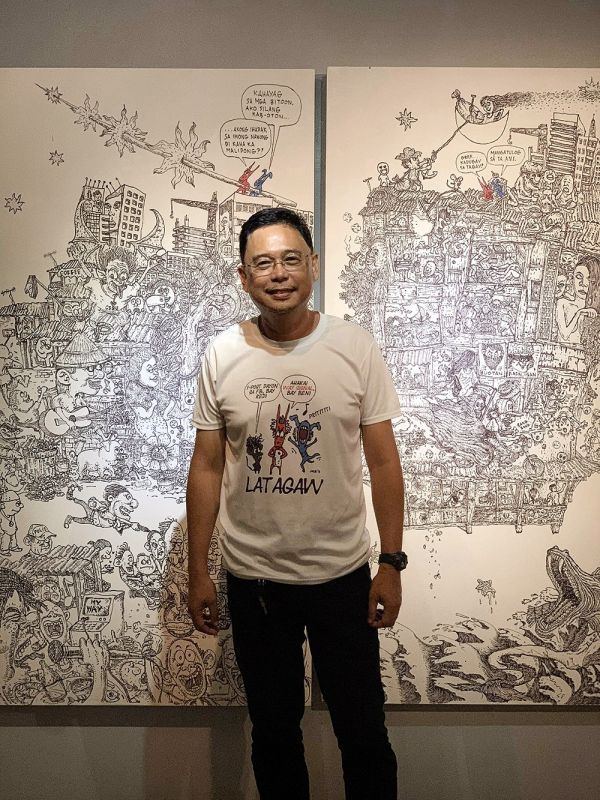 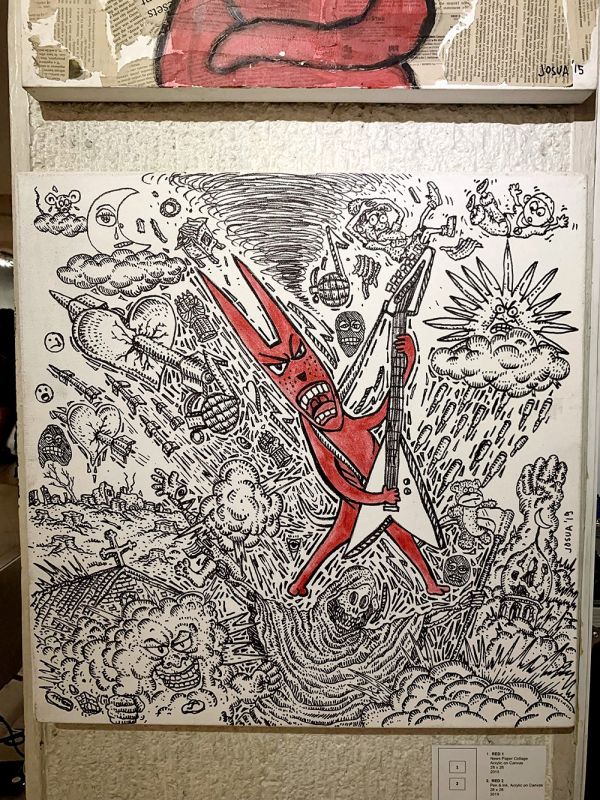 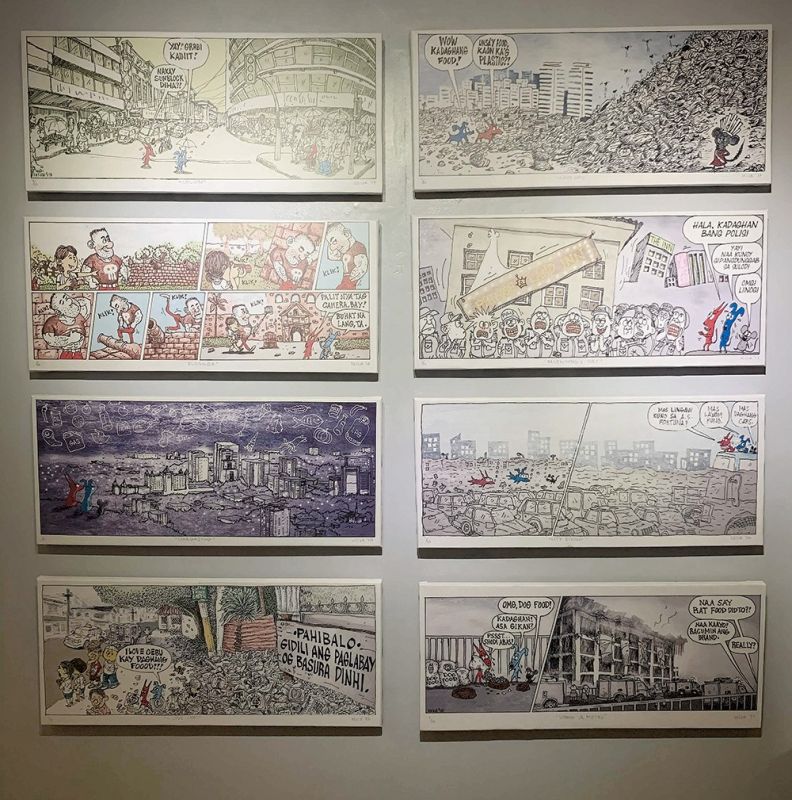 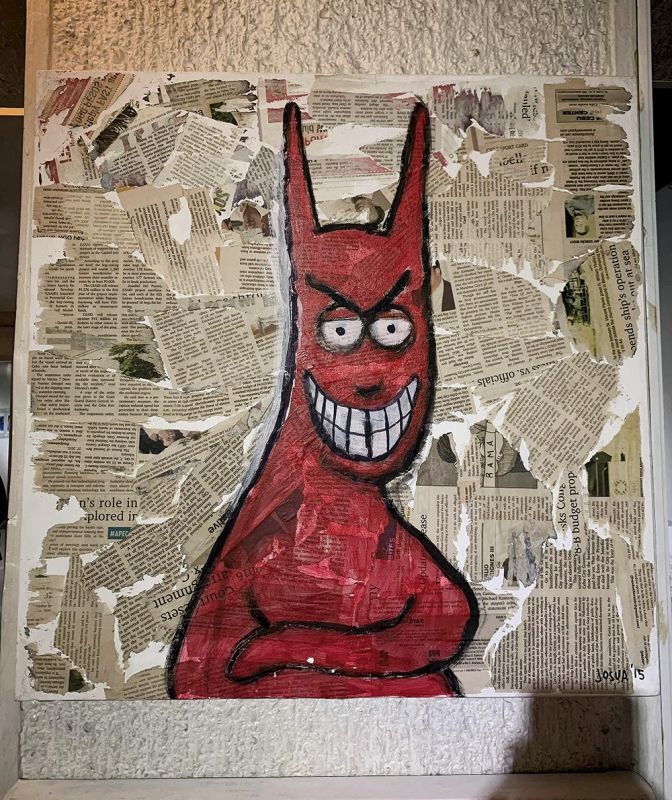 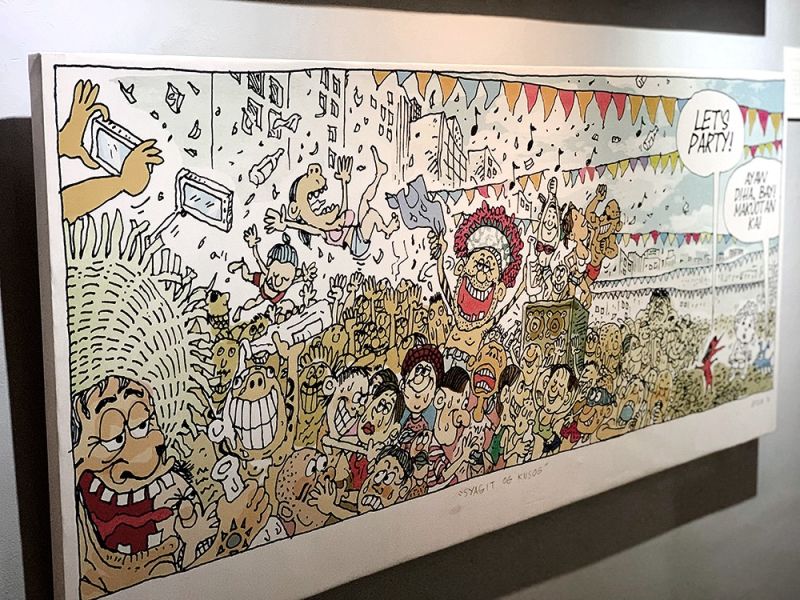 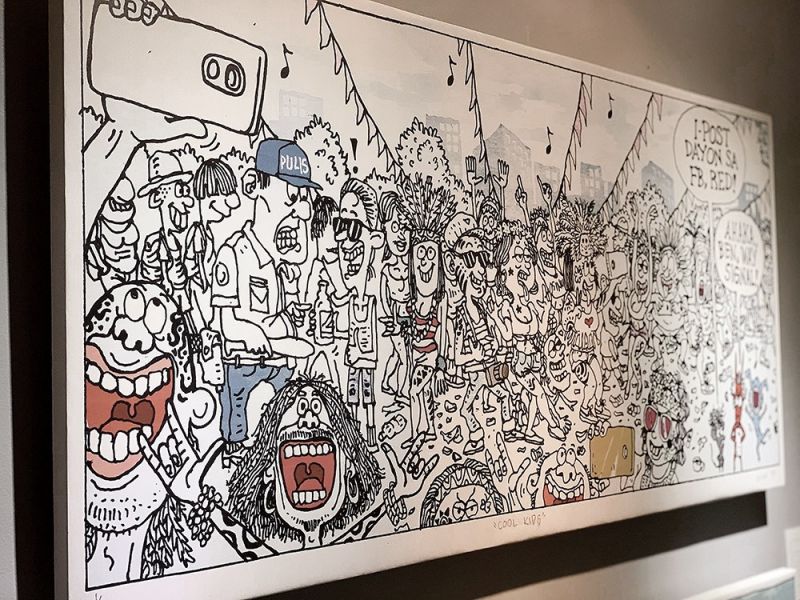 Held at Jose T. Joya Gallery in the University of the Philippines Cebu, the artist and poet tells tales of his worldview; a reflection of today’s society depicted on digital print as well as pen and ink, conveyed in a free-flowing and spontaneous manner.

Cabrera took interest in drawing when he was a child but focused on creative writing by the time he took up Computer Science in college. During that time, he produced notable short stories and poems. Eventually, he went back to drawing and showcased his works in the Opinion section of SunStar Cebu where his characters Red and Blue (stray dogs) make an appearance every now and then.

He shared that in this exhibit, these two characters are the unifying elements in telling the story. Both have opposite personalities: Red is the aggressive one and Blue is the cool, calm and collected character. The two dogs wander and bear witness to what is happening on the streets; something that Cabrera is often exposed to since he walks the streets of Cebu a lot, apart from being inspired by ongoing political issues. Though today’s societal issues can be mind-numbing at times, he presents them in a slightly, sunny fashion.

“There’s a satirical approach to it but there’s also a serious layer so people may be able to see the reality even when portrayed in a lighter way. If you ponder on the message, it will lead you to think of something deeper,” he said.

The artist shared that this was an extension of his first “Latagaw og Utok” exhibition which happened in 2015 at Qube Gallery where 20 pieces were showcased. This time, the exhibit holds approximately 40 pieces, along with those representing his past 12 exhibits. Overall, the latest exhibit presents more than a hundred artworks as well as a collection of his poems and short stories.

The exhibit not only features the works Cabrera has done over the years but also his constant evolution and experimentation with different methods and techniques.

“When it comes to creativity, you have to continue learning. It’s a never-ending process. In everything I do, I always feel like I’m a beginner. You can’t put creativity in a box, that’s why I use different mediums or techniques; and at the same time, I’m learning something new,” he said.

Whatever technique or medium Cabrera wants to use, it’s a guarantee that a message will always lie underneath every piece of art.

“I’m letting people see that cartoons are also a very powerful tool to send a message. I also want to show the Cebuanos’ nature, that in spite of the disasters and uncertainties, Cebuanos still find the time to laugh or to find joy.”

The exhibit will run until May. (S)