San Fernando all set for Maleldo 2019 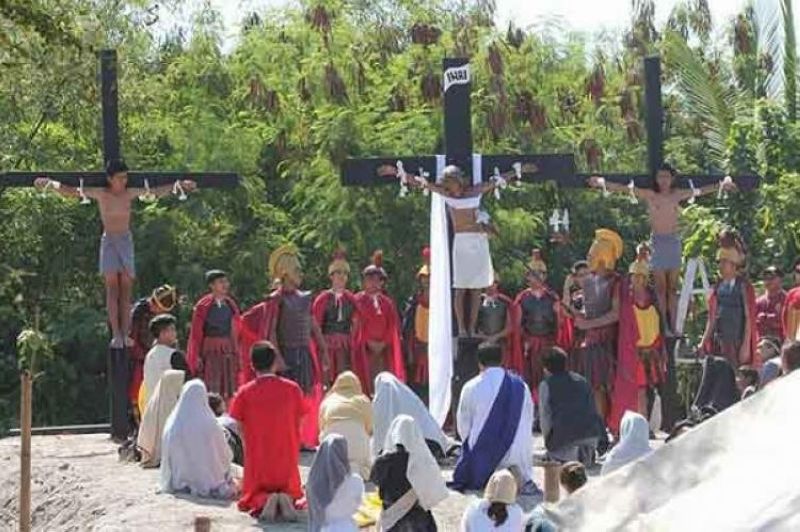 PAMPANGA. In this photo taken in 2017, three men took part in Maleldo, Pampanga’s version of the Passion of Christ. (File Photo) 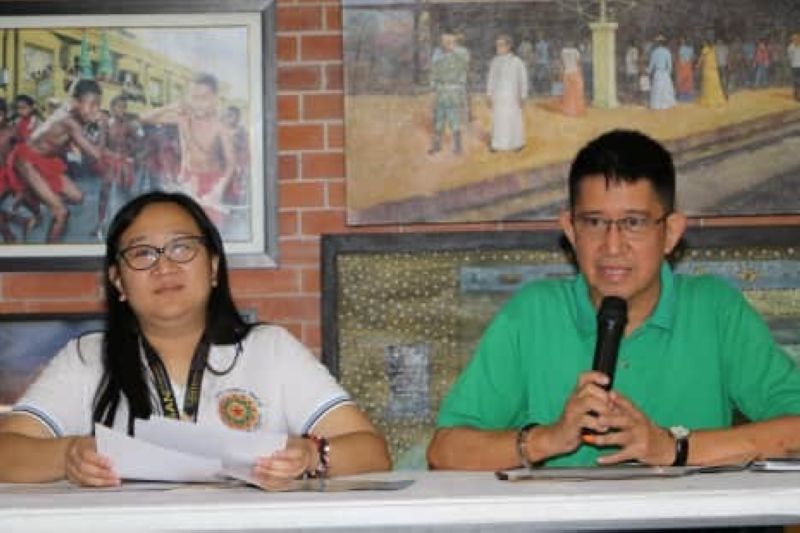 THE City Government of San Fernando and its private sector partners are all set for the “solemn and peaceful” staging of Maleldo 2019, the locals’ version of the Holy Week re-enactment of the Passion of Christ.

At least 10 penitents will be nailed to wooden crosses in a makeshift Calvary in the famed Barangay San Pedro Cutud, as well as in the villages of San Juan, Sta. Lucia, and the newly-participating site San Nicolas on Good Friday, April 19.

Fifty-eight-year-old painter Ruben Enaje, who has been in a “vow of sacrifice” for 33 years now, will still be portraying Jesus Christ in the “Via Crucis” or Way of the Cross, and in the actual crucifixion rites in Barangay San Pedro Cutud.

City Tourism Officer Ching Pangilinan said a woman might also be nailed to the cross in one of the crucifixion sites this year, as reported by barangay officials, but this has yet to be confirmed.

She said all penitents who will be crucified must seek medical clearance from the City Health Office to ensure that only accredited individuals can participate in the solemn Catholic tradition.

“We want to make sure that only those who properly coordinated with the city government and have sought clearance from the City Health Office will be allowed to participate in the Via Crucis. We will not allow on-the-spot participants,” she said.

Aside from the penitents, hundreds of “magdarame” or flagellants are expected to parade in the streets, carrying wooden crosses or whipping their backs with bamboo sticks, as they go to the crucifixion site in Barangay San Pedro Cutud.

Meanwhile, Pangilinan said 15,000 to 20,000 local and foreign tourists are expected to witness this year’s Maleldo Lenten rites at the four crucifixion sites.

Pangilinan advised spectators to bring protection against the scorching heat of the sun, especially water, and be responsible for their own trash.

Since San Fernando is branded as an inclusive city, Pangilinan also asked spectators to respect the faith and belief of all Fernandinos and the people they may interact with during their stay here.

“Maleldo is a tradition for Catholics, but we must also understand that there are other people who have other religious beliefs and we are asking everybody to respect that just as much as they respect our observation of this tradition,” she said.

Meanwhile, Maleldo executive committee chairperson Robbie Hizon said the committee partnered with uniformed personnel and other concerned government agencies to ensure the safety and security of spectators during the event.

Hizon also clarified that the Maleldo Lenten rites are not a tourist attraction in San Fernando but rather the Fernandinos’ way of showing their faith.

Hizon said this capital city has been observing Maleldo for more than six decades with the Via Crucis which began on 1955, followed by an actual crucifixion in 1962.

“Maleldo is not a tourist attraction like Boracay, nor a show that is aimed at entertaining the audience. This is a solemn tradition for Fernandinos wherein we remember the passion and death of Christ,” he said.