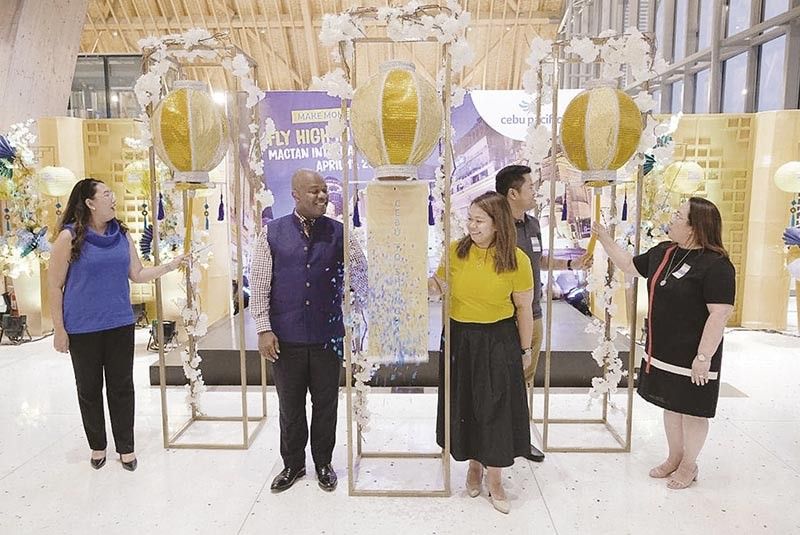 CEBU Pacific launched its maiden flight from Cebu to Shanghai, China at the Mactan-Cebu International Airport (MCIA) on Monday, April 15.

The Cebu to Shanghai flight uses an Airbus A320 aircraft with flight number 5J 58.

“The Cebu-Shanghai route will link two premier Asian destinations—reinforcing Cebu as a key hub for both domestic and international travel—enabling easier and more efficient access within the Philippines and neighboring countries for millions of residents in the Visayas and Mindanao,” Blessie Cruz, Cebu Pacific’s director for marketing, said.

Shanghai is the biggest city in China and a global financial hub.

This is Cebu Pacific’s sixth international destination that flies from Cebu aside from Hong Kong, Macau, Narita, Incheon and Singapore.

“This new direct flight via Cebu Pacific would translate to more airseats between Cebu and one of our top tourist markets—China,” she said.

With a population of 1.38 billion in 2017 China is a powerhouse in the global economy as its tourists arrive in the country.

More direct routes from the Philippines to China have been established with the administration’s thrust to promote the tourism sector.

“We have all the key ingredients to make this into a great destination to come to,” he said.

Harrison said Cebu is a diverse destination filled with natural beauty and hospitable people, which makes it attractive to foreigners.

Flight 5J 58 departed from the MCIA at 6:50 p.m. bound for Shanghai Pudong International Airport. The flight’s evening departure allows neighboring cities such as Davao, Cagayan de Oro, Dumaguete and Iloilo to connect seamlessly and fly to the biggest city in China via Cebu City. The return flight from Shanghai, on the other hand, will depart at 11:55 p.m.

Cebu Pacific will fly from Cebu to Shanghai and vice versa six times a week. (JOB)