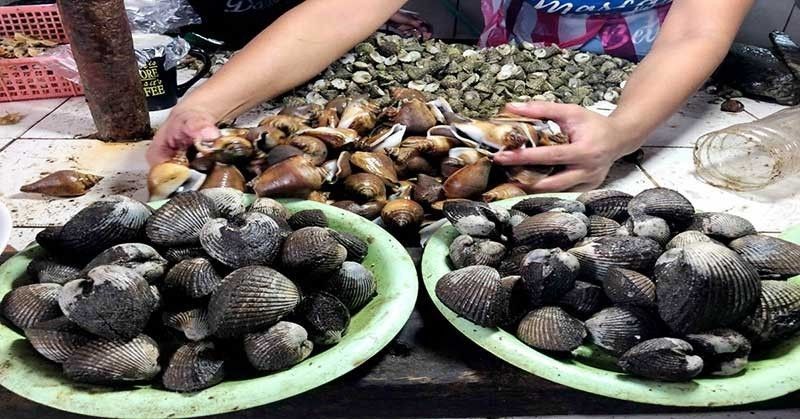 THE Davao City Veterinarian's Office (CVO) assured the public that all the shellfish being sold in the public market were not sourced from red tide-affected areas.

Areas of San Pedro Bay in Western Samar, Lianga Bay in Surigao del Sur, and coastal waters of Dauis and Tagbilaran City in Bohol were also found positive for paralytic shellfish poison that is beyond the regulatory limit.

However, CVO-Meat, Livestock, and Fish Inspection Division head Clarita Tellano said on Thursday that the city sources shellfish from Jiabong in Samar.

Tellano assured that CVO said strict measures are implemented before the allowance of these seafoods to enter the city.

Tellano said a series of testing are being conducted before these products will be shipped from Jiabong to Davao City.

"Kini atong mga taho, ginatest gyud nato kung aduna ba kini red tide. Maong mangayo gyud mi og auxiliary permit from the municipal officer nila ug sa ilahang City Health, to certify nga kining mga shellfish from the point of origin kay free from (red tide) toxin (These seashells would undergo series of test before it will be shipped. That is why our city will be asking for an auxiliary permit from their municipal office and from their City Health, to certify that these shellfish are free from redtide toxins)," she said.

Overall, she said shellfish sold in the local markets are still safe for consumption.