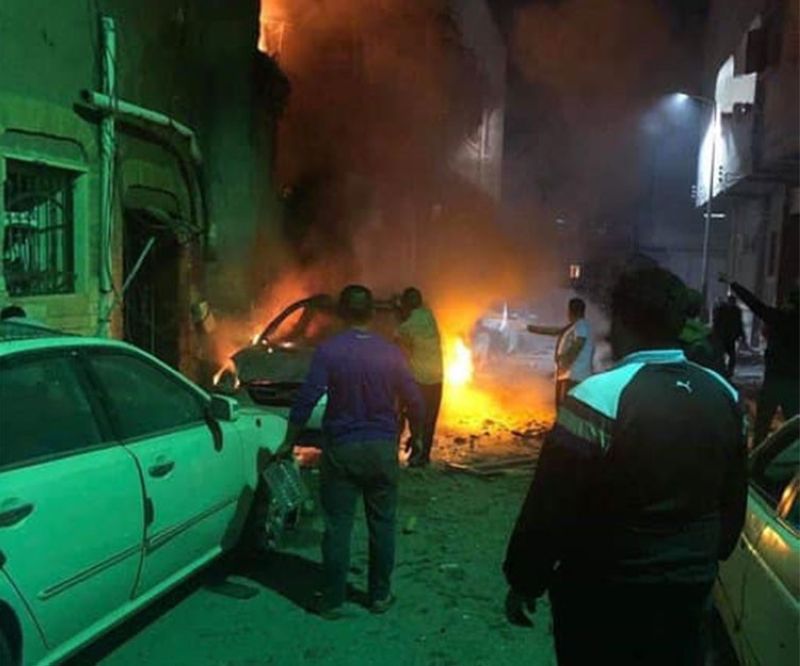 THE Philippine Embassy in Tripoli reported that a Filipino was injured after several residential areas in Tripoli were hit by a rocket barrage on Tuesday, April 16.

"We have one Filipino wounded in the forehead. He now wants to go home. We hope our kababayan in Tripoli would now realize the danger we have been warning them and would ask us to bring them home," he said on his Twitter account.

Latest reports said that at least four persons have been killed, while around 20 others were wounded after the southern district of Abu Salim in Tripoli was targeted with rocket fire as the Libyan National Army, headed by Commander Khalifa Haftar, pushes to seize the capital.

As of Wednesday, 19 Filipinos have already availed themselves of the repatriation offer of the Philippine government, seven of whom are now en route to Manila.

On Tuesday, April 16, the Embassy visited the National Heart Center in Tajoura to see how the Filipino nurses there are doing.

"They are nearer the frontlines compared to our nurses in other hospitals in Tripoli but like the rest, they were telling us they are used to the explosions that we could hear from where we were," Cato said.

One of the Filipino nurses who refused to be repatriated reasoned that most of them are still waiting for the release of their salaries that were not remitted due to restrictions in withdrawals and remittances in the country.

"Kung bakit nandito kami, kasi hinihintay namin 'yong matagal nang remittance namin (We are still here because we are waiting for the release of our salaries)," the Filipino nurse said in a video posted by Cato.

The envoy said this is the same problem faced by other Filipino hospital workers in the country.

"We promised to look into the problem so some of them, especially those who have been working in Libya since the early 1980s and who are now in their 60s, could finally go home," he added.

But should the fighting enter Tripoli, Cato said the Embassy remains ready with its contingency plans. On Saturday, the Department of Foreign Affairs deployed two augmentation teams to Tripoli and Tunis to beef up its operations.

The first team led by Executive Director Enrico Fos of the Office of Migrant Workers Affairs is stationed in Tunis to assist Filipinos that the Embassy will be evacuating from Tripoli.

Meanwhile, the second team led by Director Iric Arribas is based in Tripoli to assist the Filipinos should the situation require mass evacuation. (PNA)