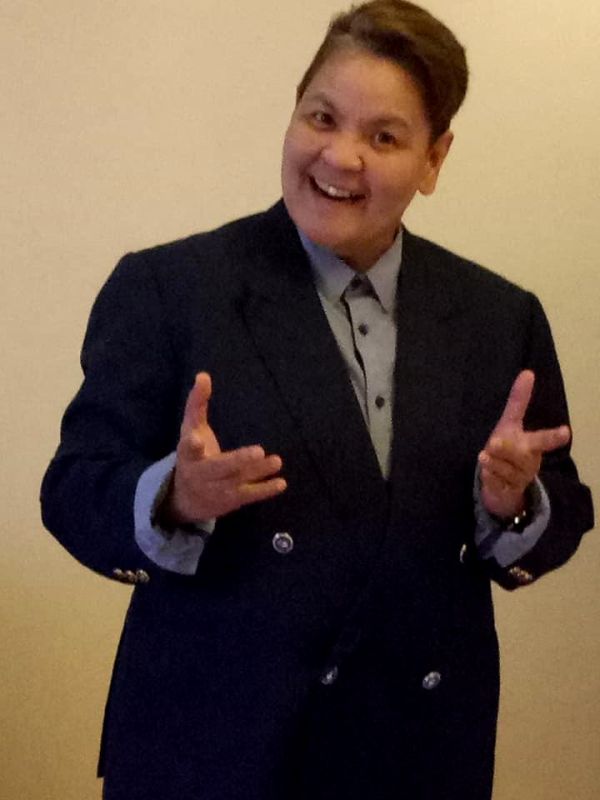 What drew you to the music industry?

I was not exactly drawn to it, I was born into it. I come from a bloodline of singer performers. I am the 7th of eight siblings. I got into the music industry by chance not by choice. It was the summer of 1976, I was 17 then when Mr. Eddie Ilarde of “Student Canteen” asked me to audition for a singing contest. Wa tuyoang nagkaila sila sa akong sister while we were caught up in traffic along EDSA. Grabe ang audience reach sa “Student Canteen”, being the most watched noontime show during those days, diha na ko na-expose sa public. I won both the weekly and monthly finals. Lucky me, Maryknoll College was about a 15-minute drive to GMA 7 studios. Right after singing, I would rush back to school. I took up Mass Communications majoring in Marketing and Advertising.

Wala na kay pag-senior year nako, nauso na ang “show band”. My dad and I went to watch a band in the newly opened 5 star hotel, Century Park Sheraton. While watching the “Kaygees Band”, one of the members recognized me and invited me to jam. Their manager, Mr. Kiko Gatchalian, offered to take me in as part of the band. I had to decline because school was my priority. I had one more semester to go when he offered me an international contract that would pay me 10x more than what I was getting as a folksinger. I signed a contract with him and I went to Abu Dhabi, United Arab Emirates. “The Sheraton Hotels Worldwide” contracted our band for one year and it got extended over and over. Money was just pouring in like honey from huge honeycomb.

When I returned to Manila after my contract with Sheraton Hotels, nagpakuyog ang usa ka singer kay magpa-audition kuno siya sa “Tavern on the Square.” It was the “in” bar where the best singers and bands perform. When my friend and I entered the place for the auditions, hala ang nag-greet nako kay si Alex Mabatid. He said, ”Dugay na gyud ta ka gipangita, maayo kay ni-a ka, di naka kinahanglan og audition, kanta na ka karon namo, karong gabii.” Alex was the band leader of Zee Band, and it was the preferred back-up band of Gary V. and Zsa-Zsa Padilla. I had to talk to Alex and told him that I was not here to audition, gikuyugan ra nako ang akong friend. Kini laging maikog ko mo dili, ni-adto ko sa ilang gig, si Gary V ang mo-perform with them. After ni Gary, ila ng set. Ang Zee was primarily a soul jazz band.

I was able to relate with their music kay mas leaning man ko sa soul music and mellow rock. When I did the song, “Heart,” the crowd went wild and hit the roof, as they say. That night, present in the crowd, was a big entertainment agent in Singapore, he offered a contract to Zee Band manager, Mr. Naning Zamora. Ang contract nga 2 months, nahimong 2 years. We toured Southeast Asia, and modesty aside, Zee Band from Cebu, conquered it!

Nabungkag ang original Zee in 1986 tungod sa mga unmet personal needs and unresolved personal conflicts. Mr. Zamora was still in contract with the entertainment agent in Singapore, so he had to complete the terms or breach it. The solution was to build around me a new set of singers. I thought of Archie “Nene” Marcial. Timely sad kay ni-uli sila from Dubai. Mr. Zamora took in Eva Santos. This 2nd generation Zee lasted only for 6 months. I have lost faith with the management, so I resigned. A 3rd generation of Zee Band mao na to silang Jun Singson (Chad Borja).

If Chad Borja is dubbed as “OPM hitmaker”, and Archie Marcial as “It’s Showtime’s Stars on 45 grand champion”, how do you like to be known for?

My life before I met God was really one that I would say very Bohemian, carefree, and because I was in the world of entertainment, it was of the sex-drug-n-rock-n-roll lifestyle. I was really so much into ME. The “Call” from God in 1995, to which I responded with much fervor. Kay bisan sa kadaghan nakong kuwarta sa una ug sa naadtoan nakong mga lugar, yet something was missing! My brother who visited me in my apartment after he just finished his “Life in the Spirit Seminar” gave the answer to my question. He was on fire when he related his experience. I was so drawn to experience what he experienced. It was the beginning of a turnaround that would transform me 180 degrees.

What have you learned from that experience?

I learned to put others’ needs first before my own. God taught me humility by humbling me. I learned to TRUST HIM because of every prayer that He answered. Kadtong ni-ampo ko Niya and asked unsa man nga trabaho akong mabuhat aron ma-sustain nako ang akong kaugalingon, wala man ko lain nga mabuhat other than sing? This is one of the most eye opener, humbling but rewarding time of my life. I joined the Intercessory Ministry, where I served for 3 years. The head of that ministry, asked me to form a choir made up of members of the ministry. By God’s grace, we were able to glorify God with our brand of music. I served God and I revolutionized their brand of Praising God through singing.