A TEACHERS’ group has slammed President Rodrigo Duterte over the persistent issues hounding the Department of Education (DepEd).

“Some of the recurring concerns aired out by teachers include the ongoing clamor for a sufficient salary increase which the Duterte administration had openly denied amid the rise in prices of goods, the distribution of Presidential Support Fund to teachers affected by 2013 Super Typhoon Yolanda, and the Personal Economic Relief Allowance or P.E.R.A increase,” said Jonathan Urmeneta, president of ACT Teachers in Eastern Visayas.

The teacher rights leader also hit the government over the “tedious work and the additional amount of workload that the Results-based Performance Management System (RPMS) has brought and the violations of the six-hour workload” to the DepEd personnel.

RPMS is a newly-introduced system that involved “appropriate tools to assess performance and explains the different assessment phases for teachers.”

“These issues are guaranteed to be the culprit behind the overburdening tasks that teachers presently face,” added Urmeneta.

His statement came after the visit of the group together with its second nominee Benjamin Valbuena to the 60 schools in the divisions of Leyte, Ormoc, Tacloban, Catbalogan and Samar last week.

According to Urmeneta, their group has seen the “amount of paperwork the teachers need to finish by the school’s year end.” 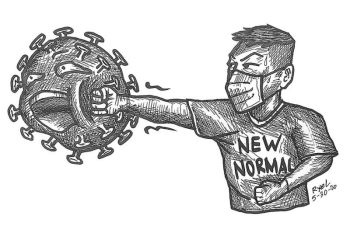