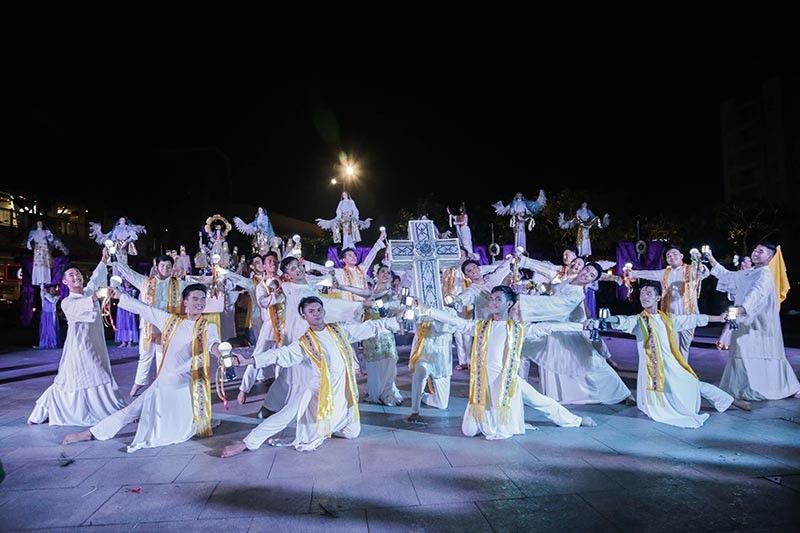 A TOTAL of sixteen (16) performing arts groups and artists organizations from across this highly-urbanized city have converged for a night of religious dance drama as Sinukwan Kapampangan (SiKap) opens the staging of this year’s Panata at Panalangin to the community.

“We have been holding this event for quite a long time already. We believe that this will be more meaningful if we can encourage other groups to practice the same. It is not just a performance to entertain but an Evangelization through dance,” De Vera, who is also Angeles City’s 2016 Talasinup king Singsing (Keepers of Heritage) awardee, said.

The 40-minute dance drama depicts the holy and pious practices of the Kapampangans during Holy Week which begins with “Ash Wednesday”. The performance culminates with the Crucifixion and Death of Christ and ends with His glorious resurrection with “Salubong”.

Tourism Officer John Montances said that Panata at Panalangin offers the people of the city and religious pilgrims an alternative and “bloodless” way of observing Holy Week.

Originally dubbed as a “Spiritual Journey through Culture and the Arts”, SiKap has developed the annual dance drama as a “healing performance” as prayers and petitions for the healing of the sick are being offered prior to the show.

Aside from the performance, the event was also highlighted by the lighting of the 14 Stations of the Cross which exhibited sacred relics from Jerusalem embellished with a renowned “pinukpok”, a Kapampangan metal craft. Each station was lighted by guests from the government, tourism, entertainment, corporate, and socio-civic sector.

The group is scheduled for another performance on April 20, 2019 (Black Saturday), 6 p.m., at the MarQuee Mall open grounds.