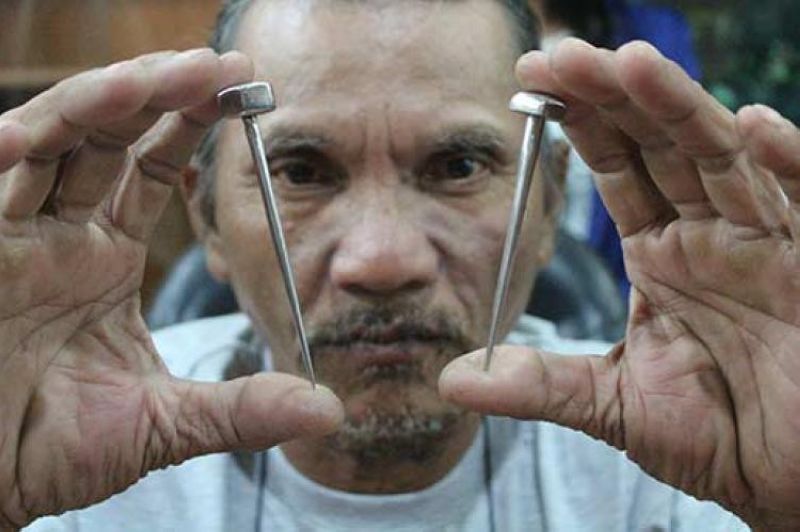 FOR more than three decades, Kapampangan painter Ruben Enaje has been faithfully performing his religious vow to be nailed to the cross every Good Friday.

Since 1985, Enaje has been playing the role of “Kristo” in the annual local re-enactment of the Via Crucis (Way of the Cross) held at Barangay San Pedro Cutud.

Enaje’s painful penance started after he survived a fall from a building that he was working on as construction worker.

For the 33rd time this year, Enaje will again play the role of “Kristo” and be crucified at a makeshift Calvary in Barangay San Pedro Cutud before thousands of spectators on Good Friday, April 19.

“More than penance, this is a solace for me. I feel relieved and happy after every crucifixion because I know that I said my prayers in the best way I can,” said Enaje during a phone interview with Sun.Star Pampanga.

Enaje said his ritual, which also includes carrying the heavy wooden cross to the makeshift Calvary where he will be crucified, is a form of thanksgiving for him for surviving another year with his family.

“As I carry the cross and be nailed on it, all I do is keep praying, ask for forgiveness and give thanks for all the blessings I have received for the whole year, and ask for another bountiful year,” he said.

But as much as he wants to continue performing his ritual, Enaje said his body is already getting old and tired, and that the heavy weight of the wooden cross and wounds on his hands and feet have taken a toll on his health.

“I am turning 59 years old this coming July. I am getting old and my body can barely handle physical pain of my penance,” he said.

If he were to decide, Enaje said he wants to end his annual sacrifice before he turns 60 in July 2020.

“But I have to consider our village officials. They told me that they still cannot find somebody who can replace me for the role of ‘Kristo’,” Enaje said.

Enaje said some of his nephews are already participating in the city’s annual Lenten rites but only as “magdarame” or flagellants. His only child, daughter Ejay, is not able to participate due to health concerns.

“Hopefully we can find my replacement soon because as much as I want to do this, I cannot promise until when my body can take the physical pain,” he said.