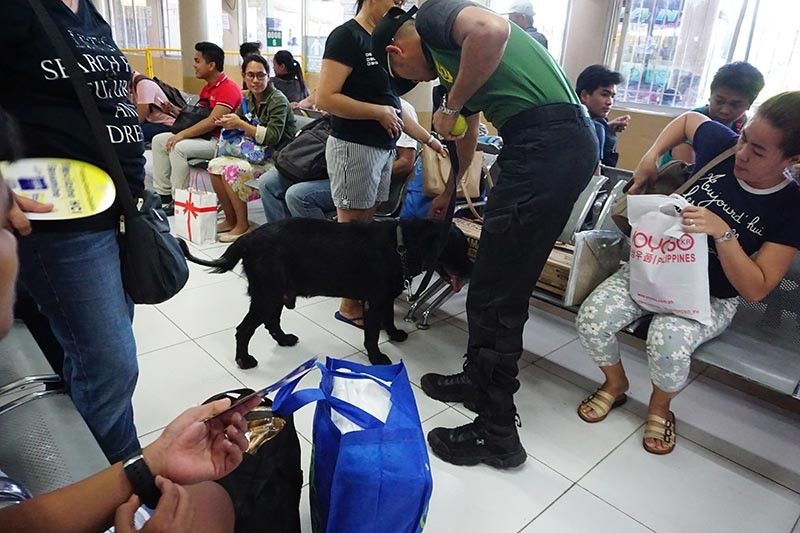 AN AIR-CONDITIONED room equipped with WiFi connection, coffee machine and comfort rooms may soon open its doors to passengers at the Cebu South Bus Terminal (CSBT).

In a press conference on Wednesday, April 17, Vice Gov. Agnes Magpale said the VIP room is among the innovations they are planning to establish at the CSBT.

“We’re looking forward to innovations like there’s going to be a VIP room where we have all the amenities. But you will pay. It will be the income of the Province. It will have WiFi, air-conditioner, coffee. It will be payment by entrance,” she told reporters.

The proposed project, though, does not have a detailed plan yet.

Magpale, along with Gov. Hilario Davide III and CSBT manager Jonathan Tumulak inspected the terminal Wednesday morning in preparation for the Holy Week.

Magpale and Davide commended the CSBT management for keeping the terminal clean and orderly.

“We made sure that all waiting passengers are able to sit. We try our best that all passengers are accommodated and are comfortable while waiting. We also want to make sure everybody gets to their destinations safely,” said Davide.

Passengers who cannot be accommodated at the waiting lounges inside the terminal have the option to stay in tents with benches that were set up outside.

At least 450,000 passengers are expected to pass through the CSBT to catch a ride going to their hometown for the Holy Week.

At least 300 buses come in and out of the terminal in a day, but each bus can only carry a maximum of 60 passengers at a time.

Each bus makes an average of three rounds, and Tumulak said, it might not be able to transport all passengers at the terminal.

Reinforcement vehicles from the cities of Naga and Carcar, and the towns of Dumanjug, Oslob and Minglanilla were also on standby at the terminal since Wednesday.

The CSBT management had asked local government units to help augment public utility buses by deploying vehicles that will cater to passengers from their towns.

Police personnel were also deployed to secure the premises inside and outside the CSBT, along with personnel of the Philippine Drug Enforcement Agency 7 and their K-9 units.

Meanwhile, the Mactan Cebu International Airport management said they are on heightened alert status for the Holy Week.

He said additional security measures and help desks were set up to assist passengers.

“Flights are normal albeit there were some delays. We also placed help desks manned by medical teams, security personnel and airport staff,” Torres said. (RTF, JOB)