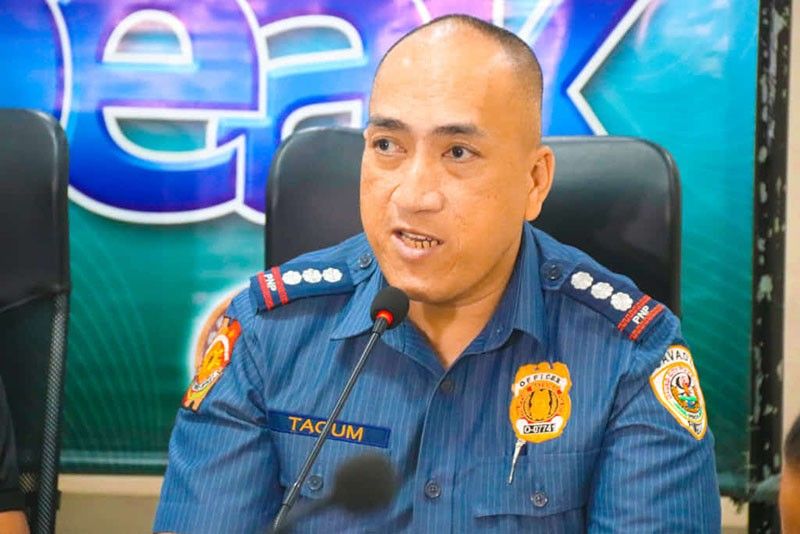 DAVAO City Police Office (DCPO) Director Alexander Tagum, who is about to be transferred to another post this July, said he has recommended two police officers whom he knows have the capacity to lead the city police force.

Tagum said these two officers, whom he did not identify, are Mindanawons who have first-hand experience in dealing with the security situation in Mindanao.

He added that the Police Regional Office (PRO) and the national headquarters will also have their own recommendation for the next police chief of the city and the final say will be up to the city mayor.

He was supposed to end his two-year term last April 3, but his assignment was extended because of the events that are going to be staged in Davao City like the 2019 midterm elections and Palarong Pambansa.

"I always remember ang primary consideration sa city is those who have personal experience and sympathy in Mindanao. Basically, makuha mo yan kung na-assign ug nag serbisyo ka sa Mindanao because by then you have background kung unsa bay problema ug dapat himoon for the good of the people of Mindanao," Tagum said.

He did not formally recommend these two personnel to Davao City Mayor Sara Duterte-Carpio yet because she is busy with the elections.

"Wala pa actually sa kabusy ni maam karon I doubt this is one of the priority siguro after election," he added.

Asked if he is still open for another extension, he said it’s up to his superiors to decide whether his assignment here will be extended. But he welcomes whatever their decision will be.

Tagum described his two years’ experience as the city director as very challenging considering that it is the hometown of the President and several international and national events were being held here.

"Ang maingon nako sa mga mga gusto maga apply as city director of Davao (The advice I can give to those applying as city director of Davao), this will be the most challenging assignment. It will test their level of competence as a police officer. In fact, this will be memorable and challenging assignment [I ever had]," he said.