Salvador: High tea with the new man of the house 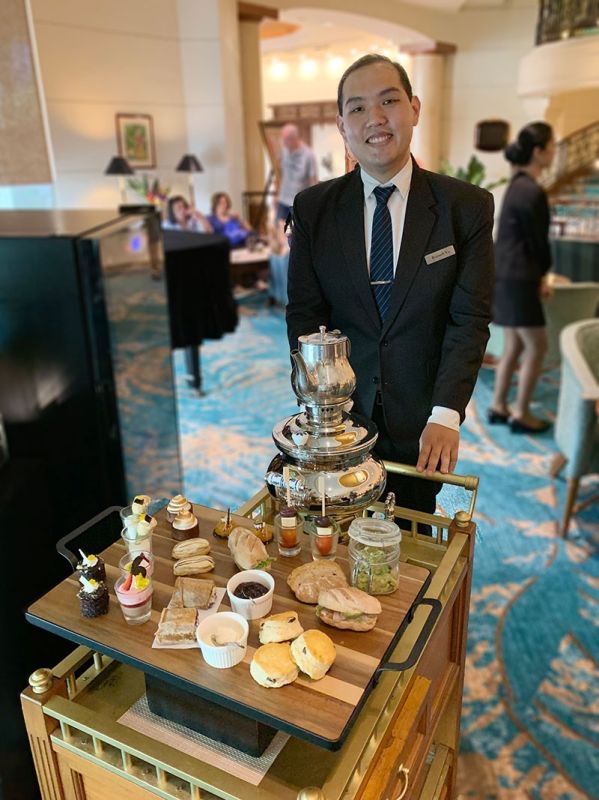 Rolling in the cart with the new High Tea menu 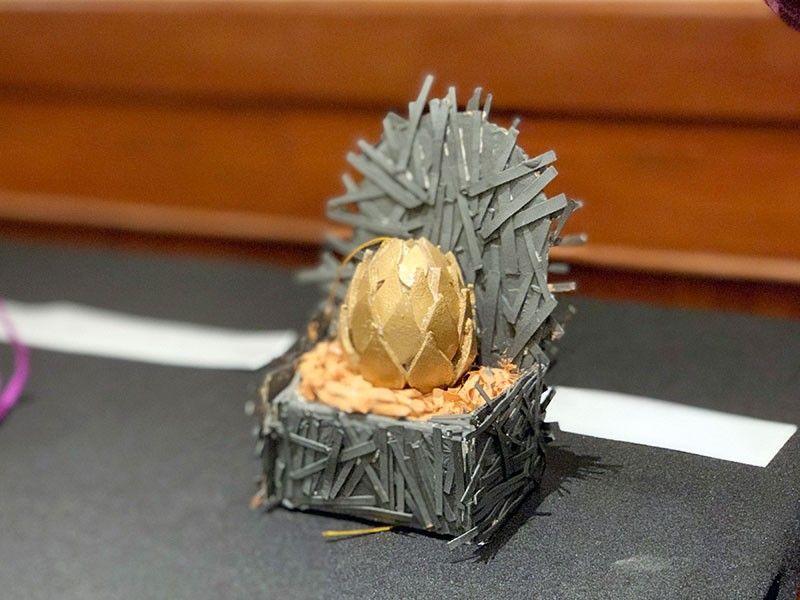 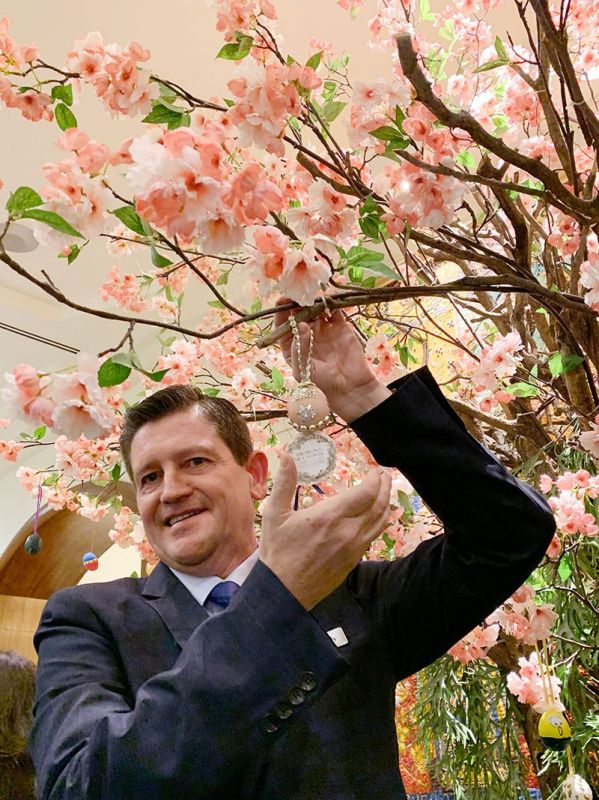 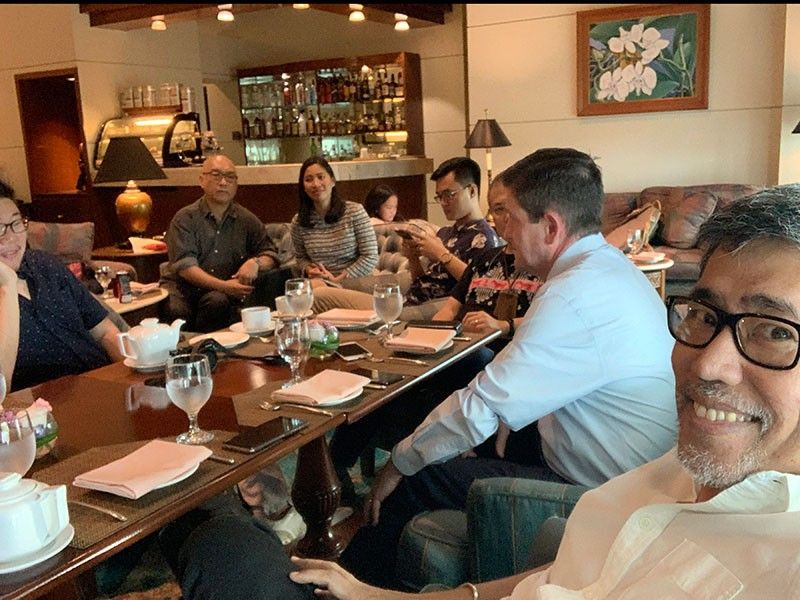 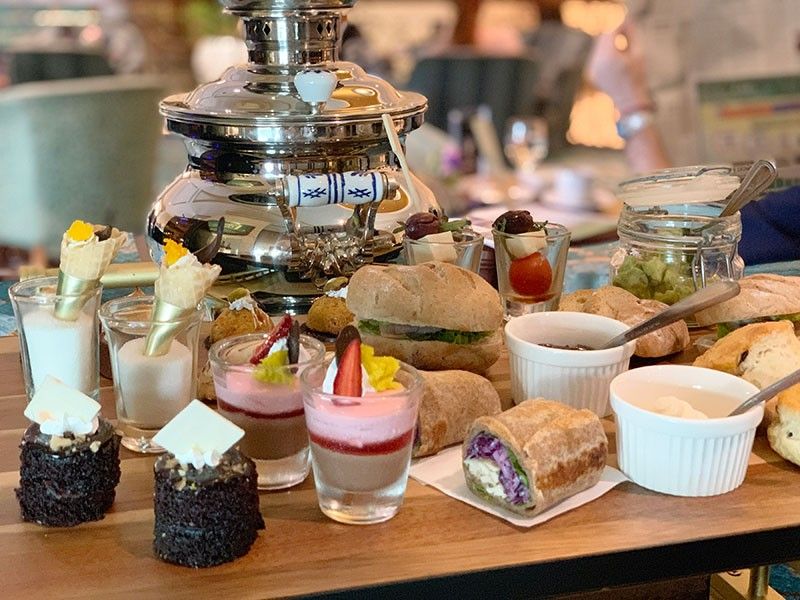 EASTER, like Spring, promises something new. At Marco Polo Davao, the tradition to celebrate the season brought out the Paskris Tree, where colored and specially-designed eggs were hung to raise funds for charity. It’s also the fitting time for the hotel to introduce the “new chicks out of the eggs” - the new general manager and the season’s High tea menu.

Was it by chance or was it skillfully planned that the new man of the house - an Englishman - was to be introduced to the media during a traditional English ceremony of High Tea? Whatever it was, it was a brilliant move.

Over sconces with cream and jam, the season’s harvest of avocado whipped into guacamole spread over toast, and no-meat finger savories ideal for the Lenten season prepared by Executive Chef Alex Destriza, we got to know the Englishman who will take charge of the first Marco Polo hotel in the country.

Healy shared that he was born into the hospitality industry. His parents owned and run a pub in a small island (but the biggest of the Channel Islands) of Jersey. “It’s where the famous jersey potatoes come from,” he said, to start the getting-to-know-you chat on a not-too-formal manner. At a young age he was helping the family business in his own capacity.

Perhaps it came to no surprise that Healy would stay on the path he is very familiar with. He started his professional career in the hospitality business by way of the kitchen. He took up culinary arts in London and spent over a decade with Marriott International where he was the Executive Chef.

He already has in his hospitality industry portfolio an impressive 33 years of experience. He has worked with various reputable brands across Europe and Asia.

Before his Davao assignment, he was the General Manager of Double Tree Resort by Hilton Hainan-Xinglong Lakeside.

In between sips of the premium tea, we bit into the sweet dessert selections—Lemon Tart, chocolate cake, éclair, strawberry mousse and fruit cones. Colin Healy dishes his sweet stories.

He’s married to a Filipina whom he met during his stint in Manila, and yes, he has eaten durian, though that was the Thai variety, quite different from the native variety we locals prefer.

It may not be his first time in the country but it is his first time in Davao. Having Filipino colleagues in the past (and married to one), working with Davaoeños will not be different. Or perhaps warmer that the usual? The welcome he received was proof enough.

Under the former head of the hotel, Dottie Wurgler-Cronin, the first lady GM of Marco Polo Davao, kicked of the “The Heart of Davao” campaign. It won the hearts of all the hotel guests.

“I wish to continue the legacy of Marco Polo Davao as the Heart of Davao and I believe it’s all about people taking care of people,” said the new General Manager.