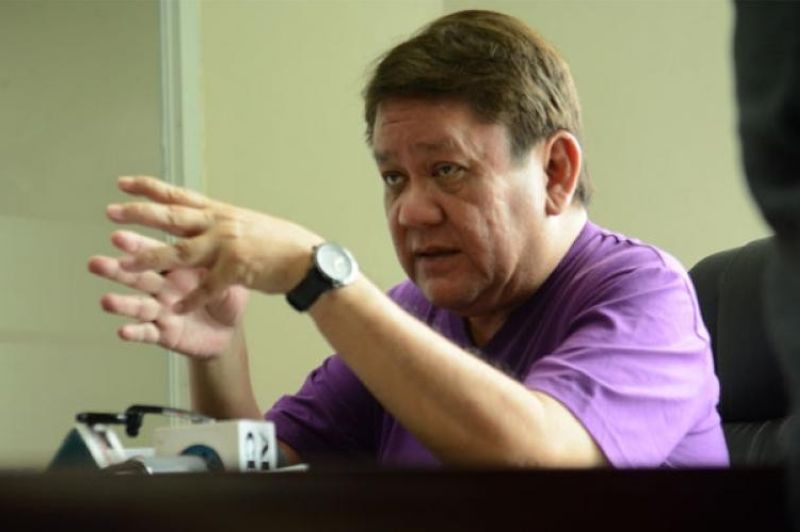 This was the question posed by Cebu City Mayor Tomas Osmeña after police set up a checkpoint in front of his house in Barangay Guadalupe last Thursday, April 19.

“I live on a side street in Guadalupe, but instead of securing something like bus terminals, churches, or other high traffic areas, PRO (Police Regional Office) 7 has decided to send 10 police to make a ‘checkpoint’ right outside my house. The main road is 100m away. When I left earlier, they left. Now that I’m home, they’re back. Earlier today, my wife had to ask permission to enter our own house,” Osmeña wrote.

A video posted by his wife, Councilor Margarita “Margot” Osmeña, shows her distributing bread and water to the policemen manning the checkpoint.

The mayor said some barangay captains also reported the presence of police outside their houses.

He posted a photo of police officers standing outside the house of Buhisan Barangay Captain Glemar Barete, who is a known supporter of Bando Osmeña-Pundok Kauswagan.

“It is their commanders who are to blame. I was just told that the team leader of this checkpoint is the same commander who led the raid on captain Jojo Quijano’s house without properly serving the warrant,” he said.

“Alarming presence of police knocking on houses for firearm inspection, a mere coincidence that the mayor and I met at my place. Panic and neighbors feeling harassed by police called me to check why in all the past election years, this never happened. Why now? In defense to the people and families, my neighbors (live) in a decent subdivision in Lahug, I had to confront the police and ask for search warrant and who gave the orders to create chaos and fear in my own neighborhood. I share the sentiments of my people, feeling violated!” de los Santos said in the video she uploaded.

On Friday, April 19, Vice Mayor Edgardo Labella, who is running against Osmeña, also posted a Facebook page thanking the police for the checkpoint they conducted near his houses.

“Thank you Cebu City Police Office for the checkpoints near our Mabolo ancestral and Bacayan homes, respectively. Tungod sa inyong (Because of your) presence, we all feel safer. Good job and more power!” Labella wrote.