Explosions kill at least 138 in Sri Lanka on Easter Sunday 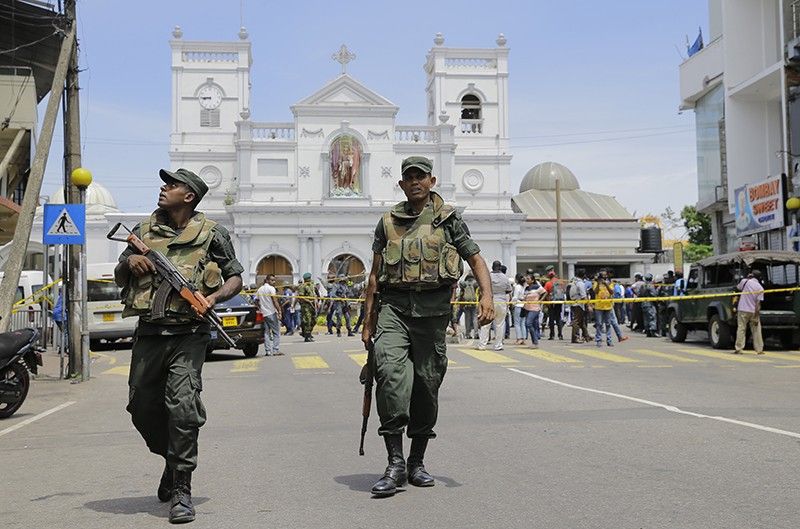 COLOMBO, Sri Lanka — At least 138 people were killed and hundreds more hospitalized from injuries in near simultaneous blasts that rocked three churches and three luxury hotels in Sri Lanka on Easter Sunday, April 21, a security official told The Associated Press, in the biggest violence in the South Asian country since its civil war ended a decade ago.

Two of the blasts were suspected to have been carried out by suicide bombers, according to the official, who spoke on condition of anonymity as he was not authorized to speak with reporters. Worshippers and hotel guests were among the dead, the official said.

The magnitude of the bloodshed recalled Sri Lanka's decades-long civil war, when separatist Tamil Tigers and other rebel groups targeted the Central Bank, a shopping mall, a Buddhist temple and hotels popular with tourists.

No one has claimed responsibility for Sunday's blasts.

St. Anthony's Shrine and the three hotels where the blasts took place are in Colombo, and are frequented by foreign tourists. A National Hospital spokesman, Dr. Samindi Samarakoon, told AP they received 47 dead, including nine foreigners, and were treating more than 200 wounded.

The Shangri-La's second-floor restaurant was gutted in the blast, with the ceiling and windows blown out. Loose wires hung and tables were overturned in the blackened space.

A police magistrate was at the hotel to inspect the bodies recovered from the restaurant. From outside the police cordon, three bodies could be seen covered in white sheets.

Alex Agieleson, who was near the shrine, said buildings shook with the blast, and that a number of injured people were carried away in ambulances.

Other blasts were reported at St. Sebastian's Church in Negombo, a majority Catholic town north of Colombo, and at Zion Church in the eastern town of Batticaloa. St. Sebastian's appealed for help on its Facebook page.

The explosion ripped off the roof and knocked out doors and windows at St. Sebastian's, where people carried the wounded away from blood-stained pews, TV footage showed.

Sri Lankan security forces in 2009 defeated Tamil Tiger rebels who had fought to create an independent homeland for the country's ethnic minority Tamils. The U.N. initially estimated the death toll from 26 years of fighting to be about 100,000 but a U.N. experts' panel later said some 45,000 ethnic Tamils may have been killed in the last months of the fighting alone.

Government troops and the Tamil Tigers were both accused of grave human rights violations, which prompted local and international calls for investigations. (AP)