Restos a source of income, too 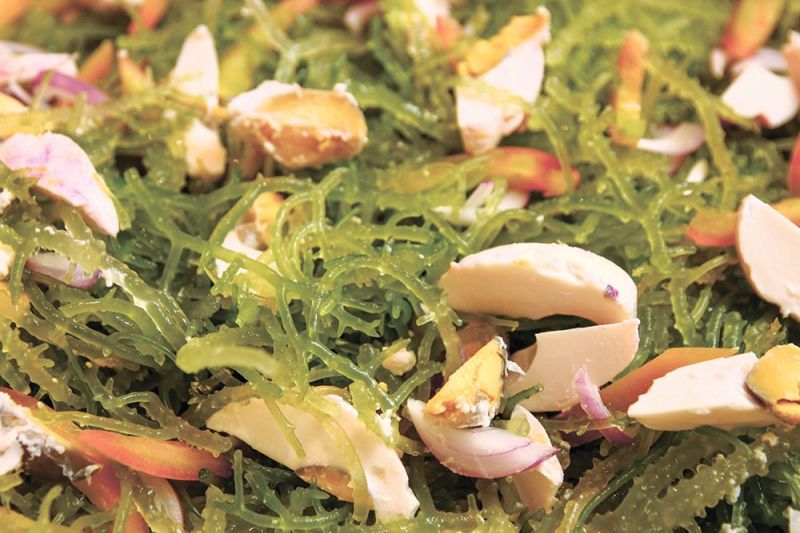 LOCAL DELICACY. Who says seaweeds are only good for exports? With more tourists visiting Cebu and eating in its restaurants, seaweed farmers ought to earn from the local consumption of fresh seaweed salad, an industry official says. (SunStar file)

ASIDE from selling seaweeds to processors, seaweed farmers can augment their income by selling fresh gusô (eucheuma) to restaurants and other dining establishments.

Seaweed Industry Association of the Philippines (Siap) chairman Max Ricohermoso said fresh gusô could be an added item in the vegetable salad menu of restaurants in Cebu.

He said not only will it expand the food options of the growing health-conscious market, it will also expand the income potential of the country’s seaweed farmers, who have been traditionally selling seaweeds to industrial buyers to be processed and exported to the US and Europe.

“Fresh gusô as salad is increasing. It is getting popular as a healthy food,” said Ricohermoso.

Gusô is a good source of protein, fat-free, low in calories, and is full of vitamins and minerals.

Ricohermoso stressed that the local opportunity for seaweed is as big as in export, but only if seaweed farmers are given additional support, not only in funding but also in accessing the market.

He said serving fresh gusô in dining establishments as an alternative salad has not been exploited since only a few restaurants and eateries carry this dish in their menus.

According to Ricohermoso, seaweed farmers need to be connected to the local fresh seaweed market, particularly restaurants, for the seaweed industry not to be solely dependent on the export market.

He said seaweed processors have embarked on new applications for seaweed in cosmetics, nutraceuticals and health care, among others.

Seaweed is one of the most important aquaculture commodities in the Philippines.

Farmers usually enjoy a good harvest from January to June, which are considered peak months for seaweed farming.

The Siap official said the industry aims to maintain 90 to 100 metric tons of seaweed production this year. Export demand is maintained in China, Europe and the United States.

Cottonii and spinosum are varieties of seaweed from which carageenan, a gelatinous substance used in food, cosmetics and pharmaceuticals, is derived.

There are about 200,000 Filipino farmers who are reliant on seaweed.

The Bureau of Fisheries and Aquatic Resources targets to increase seaweed production by at least five percent annually from the year 2017 to 2022.