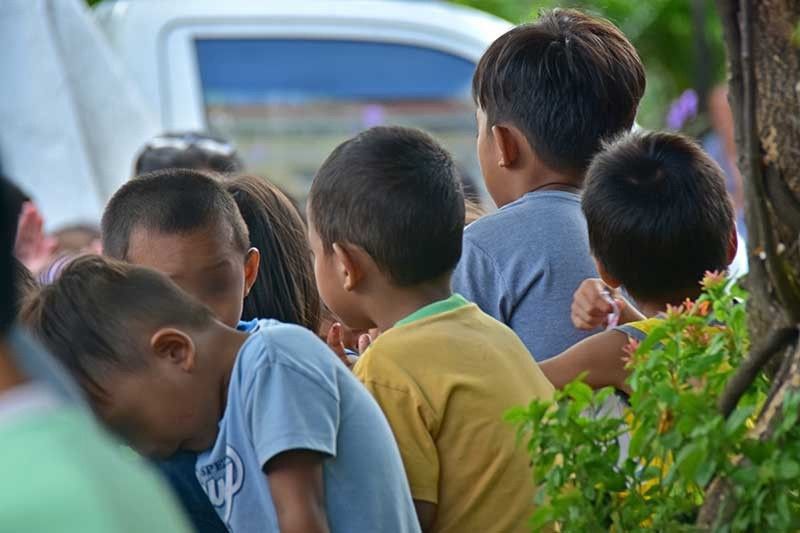 CRIMES AGAINST CHILDREN. When one has knowledge of a crime being committed against children, not reporting the crime, hiding the crime, transferring abusers and giving them access to minors they will abuse is a crime itself. (File foto)

HELP a child being abused and report the crime to civil authorities.

In an article published in the January 2019 issue of the “World Mission” magazine, Fr. Shay Cullen of the Preda Foundation wrote that, “Every one of us has a solemn duty and responsibility to stop (child abuse).”

Twice nominated for the Nobel Peace Prize, the member of the Missionary Society of St. Columban co-founded the People’s Recovery Empowerment Development Assistance (Preda) Foundation, an Olongapo City organization promoting and protecting the rights of women and children.

Cullen singled out what should be the priorities in child advocacy: first, to rescue and provide “protection, care therapy, and support” to “child victims hurt, damaged, and traumatized” by the abusers living “in their own home, in the community and on the internet;” and second, to “(give) justice to the victims, (which) prevents the perpetrators from abusing more children.”

Threatening children are predators in all guises: “The biological fathers, live-in partners and community pedophiles are most frequent offenders but there are clergy too,” wrote Cullen.

Last February 2019, Pope Francis convened the three-day Meeting on the Protection of Minors in the Church. It was widely anticipated as a “landmark Vatican summit” to get the bishops to take concrete action to address clerical sex abuse.

In his presentation during the Vatican summit, Manila Archbishop Luis Antonio Cardinal Tagle admitted that the “lack of response of bishops to victims of clergy sexual abuse inflicts wounds on them,” reported “The Philippine Star” on Feb. 22. The priests abusing minors “inflicted wounds not only on the victims but also on their families, the clergy, the Church, the wider society, the perpetrators themselves and the bishops,” the same report quoted Tagle as saying.

Yet, despite the pope’s release of a 21-point list of “guidelines”—which mentions, among others, “drawing up mandatory codes of conduct for priests, training people to spot abuse and informing police”—the February 2019 Vatican Summit was criticized for failing a crucial test: bringing to justice members of the clergy that perpetrated decades of abuse against minors.

“Most cases of child sexual abuse by clergy are rarely exposed and Archbishop Cardinal Luis Antonio Tagle says they are investigated internally,” wrote Cullen in an April 5, 2019 article posted on the newsletter of the Preda Foundation Inc.

Yet, the internal approach of the church to address charges of clerical abuse becomes part of the problem when a victim is asked by the parents or authorities, whether civil or ecclesiastical, to “forgive” the abuser, which means not formalizing the charges and starting the legal process to bring an abuser to justice.

“(J)ustice is what (the victims) deserve and need. If the abuser will confess his crime, go to trial, accept penance in jail then forgiveness may come,” wrote Cullen in the Jan. 2019 “World Mission” article.

The culture of silence and impunity that protects erring members of the clergy and other pedophiles preying on minors are rooted in the values of a community that turns a blind eye to the abuses of the powerful, blaming instead the victims for “tempting” the abuser to transgress.

Last December 2018, Fr. Kenneth Hendricks was arrested in Naval, Biliran Province for allegedly abusing dozens of boys. As Cullen wrote in the Preda newsletter, the crimes were first reported to the US authorities, who, after investigation, filed charges against Hendricks in Ohio.

The failure of the local laity, civil authorities, priests and religious superiors to act on the complaints of the Naval victims hints of the convoluted factors that make child abuse into a crisis that our society must grapple with, including those who supposedly minister to our spiritual lives.