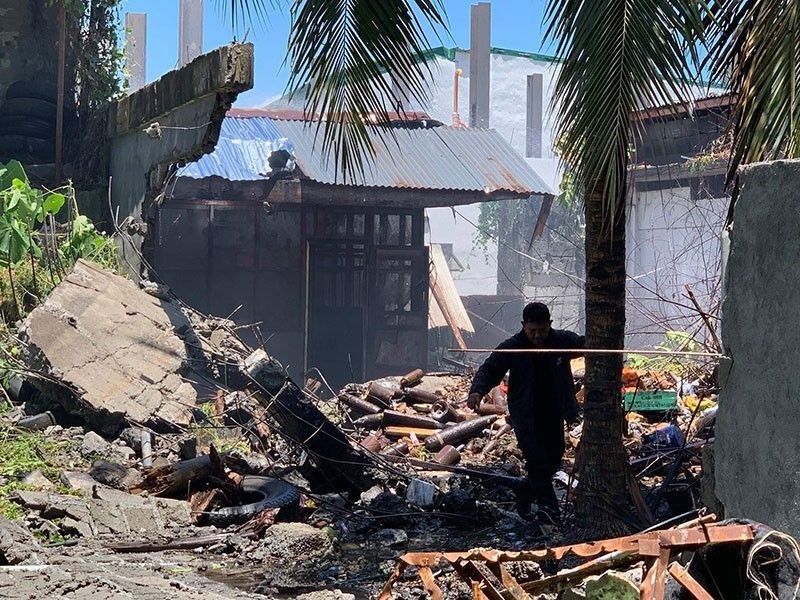 THOUGH it’s not clear yet as to what triggered the accidental explosion inside the compound of the Davao City Police Office (DCPO) on Saturday, April 20, authorities said the warm weather might have contributed to the sudden blast.

“Investigation conducted disclosed that the cause of the fire is due to the explosion of some explosives kept therein that might have been triggered by the scorching summer heat,” DCPO spokesperson Ma. Teresita Gaspan said.

The incident happened at around 11:30 a.m. when personnel of DCPO and nearby residents were startled after they heard an explosion coming from the Technical Support Platoon, explosive ordnance disposal (EOD)/K9 Unit of DCPO.

When Lucilito B. Hormol, EOD technician, checked the back of the K9 cage area to verify where the blast came from, a fire began in the aftermath of the explosion. They quickly requested for fire trucks from the Bureau of Fire Protection (BFP) to contain the possible outbreak of fire and after 15 minutes, it was suppressed.

While the investigation is ongoing, Gaspan appealed to the public to refrain from spreading unverified information.

“The technical investigation of the EOD and IDMB shows minimal structural damage of the EOD facility. The blast was effectively contained by the strong reinforce concrete of Ammunition Stockroom that was the seat of the explosion,” she added.

The place where it blew up was the depository storage for recovered and rendered safe dynamites used for illegal fishing, grenades, and IEDs presently kept by the EOD Unit as court evidence.

She added that there were no casualties from their personnel and only the Explosive Storage as well as the individual quarters of Special Weapons and Tactics (SWAT) and EOD/K9 personnel were partially damaged while the estimated cost of damage has yet to be determined.

After the incident, Gaspan added that all remaining unexploded ordnance has already been pulled out from the storage room of EOD inside the camp and were transferred to a temporary safety area for its final disposal as approved by Police Regional Office (PRO 11) Regional Director Marcelo Morales.

SunStar Davao asked DCPO director Alexander Tagum about what will happen to the destroyed court evidence, he said that those were already submitted to the court. As of yesterday, they are still conducting a review of all affected evidence during the accidental explosion.

“I was informed by the EOD Evidence Custodian that most of said evidences were already presented in Court but just the same we'll notify the respective Court regarding this development,” Tagum said.