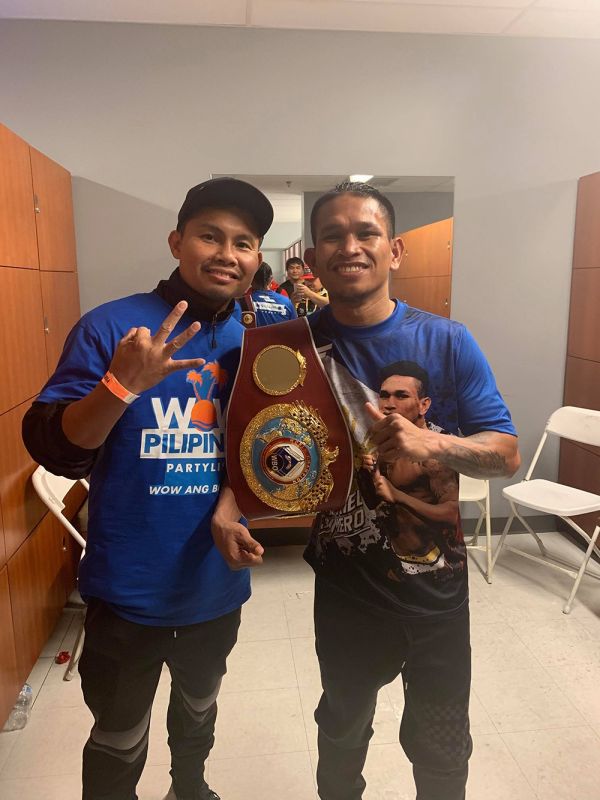 The 30-year-old Casimero knocked down Espinoza with a combination of solid punches in the 12th round. Espinoza beat referee Rudy Barragan’s count but Casimero immediately smothered him with a flurry of vicious blows that forced Barragan to wave the fight off in the 44-second mark.

“Casimero’s experience won him that fight,” said former world champion-turned-boxing coach Rodel Mayol, who stepped in as Casimero’s coach for Jhun Agrabio. “He lacked the conditioning but he made up for it with his experience as a veteran.”

Despite Casimero knocking down Espinoza in the sixth round, the scorecards were close after 11 rounds with the Ormoc City native winning only one of three scorecards, which puzzled Mayol.

Casimero, the former International Boxing Federation (IBF) light flyweight and flyweight champion, improved to 27-4 with 18 knockouts, while the 21-year-old Espinoza dropped to 23-3 with 20 knockouts.

With the right training and conditioning, Mayol still believes that Casimer can hang with the best bantamweights in the world.