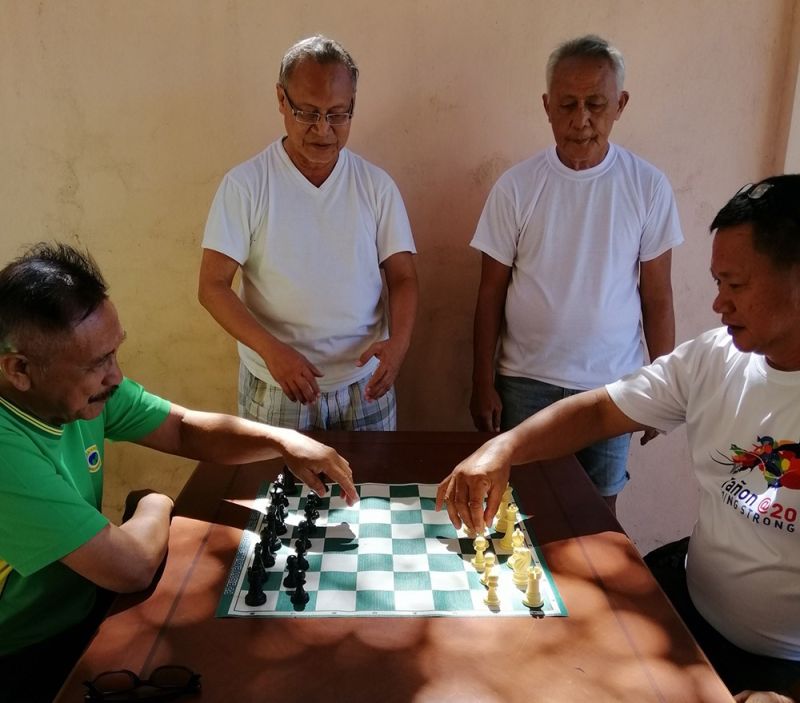 THE Moalboal Chess Club, an informal group hoping to give the game a boost in the tourist town in Southern Cebu, will hold the 1st NM Glicerio “Asing” Badilles Memorial Tournament on May 4 and 5 at the Gaisano Town Center with no less than Asia’s Grandmaster Eugene Torre as the invited guest.

Named after the legendary NM Asing, the Philipines’ first national master, the two-day tournament will have three divisions--Open, Class B and the Kiddies players. The open division will be for out-of-town players and Moalboal’s best players while Class B will only be for locals. The kiddies division will be for all players--from Moalboal or not--who are 12 years and below.

“We contacted GM Torre and he advised us to have this Fide (World Chess Federation)-rated but it’s going to be difficult since most of the players will only register during the tournament itself,” tournament chief arbiter Odelon Badilles said in Cebuano. Odelon is the son of the late NM Asing and was the coordinator of the Visayas leg of the Shell National Active Chess Tournament for 11 years.

“So what we are going to do is to have this rated in the NCFP (National Chess Federation of the Philippines) but we will get all the details of the players and we will get them Fide ID numbers since you can do it for free. After that, we can have the succeeding tournaments Fide-rated,” said Odelon, who was also instrumental in the Cebu City Sports Commission’s attempt to set the Guinness world record for the largest chess tournament in 2012.

The organizers hope that aside from giving local players a chance to compete with the region’s best, their tournament—which is sponsored by Ruleo “Beboy” Badilles, Emiliano “Jun” Sandalo and the Gaisano Town Center--will also allow them to spot players with potentials from the town.

“That is also one of our goals of the tournament, to discover new talents,” said Sandalo.

Moalboal’s current best player is Kristelle Badilles, the granddaughter of the late NM who will represent Central Visayas in the Palarong Pambansa.

However, to get the kids to play, they acknowledge that they need to boost the grassroots and hold chess clinics, something the group is planning to do next month.

“A lot of people are asking for a chess clinic and we are planning to hold one,” said tournament organizer Julius Tarongoy, who is also the Poblacion East barangay captain. “However, we need equipment for the clinic but we are really going to hold one, maybe after the election,” he said.

Though their event next month is called the 1st NM Badilles tournament, they held a similar one 10 years ago that was also sponsored by the late chess legend’s brother Ruleo to continue the legacy of one of the country’s most famous players.

NM Badilles was a seven-time member of the national team and was the country’s first National Open champion. He first saw action in the Chess Olympiad in 1956, where he towed the Phiippines to the Group C title playing in Board 1.

“He also established the Philippine Chess Club in the ‘60s, and it was where the country’s players would stay when they joined tournaments in Manila,” said Odelon, who also serves as one of the organizers of the chess tournament in the Central Visayas Regional Athletic Association. “When Eugene Torre was still starting to learn chess, he (NM) also helped teach him and provided him (with) books.”

That started the relationship between Asia’s first grandmaster and the Badilles family, a tie which remain strong today. (ML)