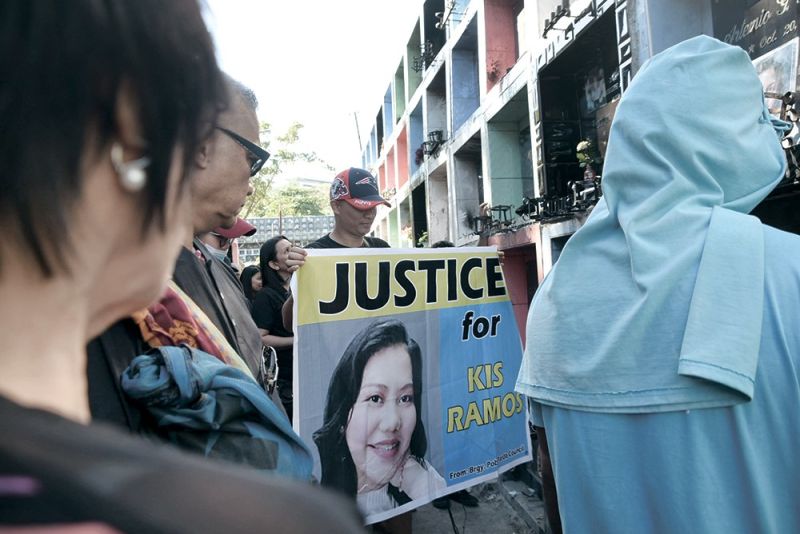 IN SEARCH OF JUSTICE. Family and friends gather to pay their last respects to Kis Katy Ramos. The 21-year-old was shot and killed along with her boss last April 10. Police have yet to identify their killer. (SunStar foto / Allan Cuizon)

TEN days after the two persons were shot dead inside a coffee shop on F. Ramos St. in Cebu City, authorities have yet to identify the gunman.

Hermoso was a managing partner of the Good Cup Coffee Company and a champion barista, while Ramos was the cashier.

“We would like to thank everyone who showed their love for John Michael and Katy. We never expected it to happen but we hope that we would really be one in seeking justice. God’s justice will prevail,” said Bong Abela, also a managing partner and spokesman of the Good Cup Coffee Company.

He said the police are doing their best to track down the killer.

“There’s progress but right now, it’s still under investigation...All aspects are being looked into,” he told SunStar Cebu.

He encouraged witnesses to surface to help authorities in identifying the gunman.

Last Friday, April 19, Ramos’ remains were brought in front of University of the Philippines Cebu where her father Reynaldo and mother Elvie led a ceremonial placing of her graduation sash on the Oblation statue.

Ramos was set to graduate with a degree in psychology this June.

Abela said their other employees have undergone stress debriefing.

“Right now, the company is focused on the debriefing and post-trauma processing of the team,” he said.