Editorial: The matrix of truth-telling 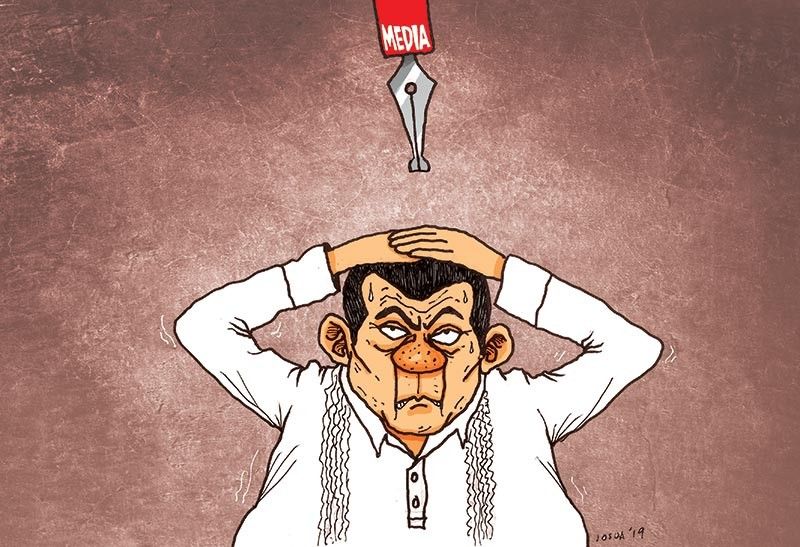 AROUND the same time the Bikoy videos tagging people close to the President to the illegal drug trade circulated in social media, the Philippine Center for Investigative Journalism (PCIJ) released its report (The Dutertes: Wealth Reveal and Riddles) on the dramatic spikes in the statements of assets, liabilities and net worth (SALN) of the three Duterte siblings. Although the former’s blast waned with its good share of perforations, the PCIJ report, on the other hand, opened up a can of questions that prayed for answers.

Government says there is an “obvious pattern” in the timing of the reports, in the quality of narratives, symptoms of a grand plot to oust the President.

“I’m not even surprised if there is such a plot. If you notice, this has been going on. The pattern is clear--false news, and then [it] transfered to another, and it circulates. So I’m not surprised at all,” Presidential spokesman Salvador Panelo said in a press conference. “They are all there, doing their thing, trying to destroy this government by spreading false news and planting intrigues against the government,” he added.

Panelo said Government, through sharing of intelligence information among nations, was able to figure a growing matrix of conspirators plotting to unseat the President.

“Hahayaan lang namin sila sa ngayon (For now, let them be). Sa ngayon ha kasi (It’s just for now because) if the plot thickens and they perform acts which are already violation of the penal laws, that’s a different story,” he said.

The acts, thus far, come via a pattern of reportage exposing riddles in the flow of the Dutertes’ assets. The PCIJ report took solid documents from the submitted SALNs and Securities and Exchange Commission (SEC) reports.

The industry with which the information was acquired should have been met with equal gravity as far as the Dutertes are concerned—the kind of clarity and transparency they owe the millions of Filipinos should they deserve their unwavering trust and loyalty.

What spooks this Government, really? Is it the ouster matrix or is it journalistic enterprise? Does it fear good reportage, truth-telling?

If this Government still believes it is accountable to its citizens, and not just to its supporters, it must find in itself the duty to explain with clarity the queries some sectors ask. The PCIJ report makes sense and should not be distracted by fantastic tales about ouster plots.