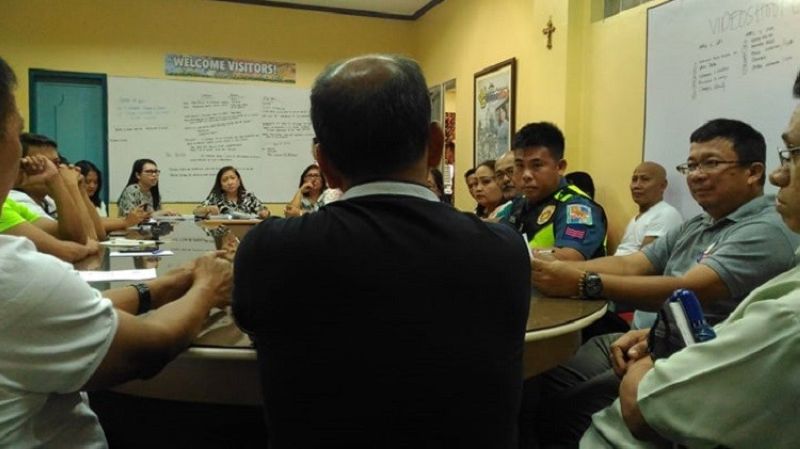 THE heated political rivalry between San Fernando Mayor Lakambini "Neneth" Reluya and businessman Ruben Feliciano is starting to affect the town, including local businesses there.

Members of San Fernando's business sector claimed investors and potential tourists who want to stay in resorts and hotels in the town are thinking twice of staying or investing there due to the violent dispute between politicians in the town.

Some residents claimed bonnet-wearing armed men, believed to be accompanying Feliciano's campaign sorties, are causing anxiety in the town.

During a peace and order council meeting on Tuesday, April 23, Reluya said she personally received the complaints, some of which came from people supporting her candidacy, of being harassed by armed men.

Aside from residents, businessmen operating in San Fernando are complaining of the tense political situation in the town, adding its driving away future investors.

A representative of San Fernando's business sector said owners of Taiheiyo Cement Philippines, based in South Poblacion, are no longer coming to the town ever since the killing of public officials began earlier this year.

Violy Musngi of the San Fernando Chamber of Commerce and Industry said that the cement manufacturing firm's owners are no longer visiting their plant due to the tense political situation.

Mary Jane Cebrian, a member of the town's business chamber and a representative of one of the town's resorts, said even though it's peak season for tourists, their resorts have less visitors.

"They often ask if it's really safe to stay in San Fernando," Cebrian said.

Some officials claimed much of the town's citizenry are losing trust with the local police, whom they claimed to have done nothing to address the threats.

Reluya said she is concerned for this because the tense political situation between her and Feliciano is finally showing its ugly effects.

Since January, four public officials, three of which are incumbent town councilors, were gunned down by unknown assailants.

Except for Reluya, Arriesgado, Dacalos and Donaire were reportedly murdered due to alleged drug links.