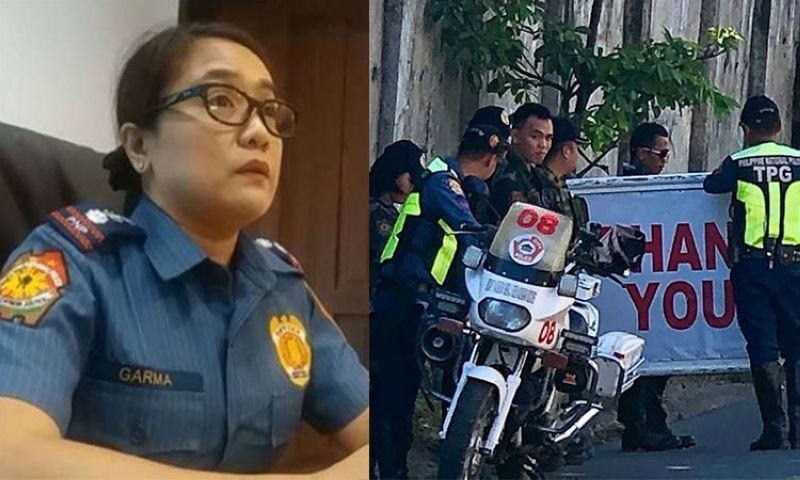 WHO would ever raise terrorism as an election issue? Not since the 40s and 50s when terrorists were private thugs and used "dos por dos" pieces of lumber to inflict body injury.

Those cops, 10 of them, didn't inflict any physical harm on anyone. They were just stationed on the street in Guadalupe where Cebu City Mayor Tomas Osmeña and his wife Margot live.

Both the gun inspection and the checkpoint were "legitimate police operation," said regional PNP Chief Debold Sinas. But they never had a checkpoint right outside their home, Tomas said, not in years. Not a reason for it to be branded illegal, countered Sinas, adding, "Is he exempted?" Maybe Tomas thinks he is, Sinas should know that if he had listened to his commander-in-chief talk about how the mayor would behave at times.

Terrorism was an apparent exaggeration of the BOPK campaign. A "psycho warfare" maybe but still within the rights of the police to wage.

Labella, playing along, said he welcomed the checkpoint as people would feel safer, as Tomas or any other peace-loving citizen should.

Unfazed Margot Osmeña, a city councilor, didn't complain and instead offered sandwiches to the cops.

Sinas has since recalled all the police there, effectively ending the checkpoint, not because of the mayor's complaint but because they accepted food from the mayor's wife.

Why the ban? For two reasons, Sinas said: security and "delicadeza." The cops have to show impartiality by not accepting favors from any political group. He didn't say the sandwiches could've been spiked (not with poison but with "lumay" or something that would make his men flip to Tomas's side).

If the general saw the video clip of Margot handing out sandwiches, a few actually refused while many others had to be coaxed into accepting them.

Senior Superintendent Royina Garma, Cebu City's first woman police chief and a thorn on the side of the mayor since she assumed the post last July 1, has been on leave.

Her reason for the leave is not widely publicized; she may just be visiting her hometown in Cagayan Valley, But she has been heard from during the running dispute on the issue of harassment (a more apt term than the bloated description of "harassment"). Apparently, she answers phoned or texted questions of media despite her R and R.

Yet there this "conspiracy theory" of sort that she wanted deniability if something untoward would happen in the city, specifically to Tomas. Far-fetched and absurd? That's how wild some speculations could get.

It must not have occurred to the mayor. To the politician on the homestretch of the campaign, it may just be an opportunity to exploit. Often accused of harassing his political enemies, Tomas can now cry harassment instead.

But when is Garma coming back? The feisty 5'2" police officer at 44 is perfect counterfoil to the domineering mayor who turns 71 this July 26.