Salvador: First, there was the Tokyo Tower 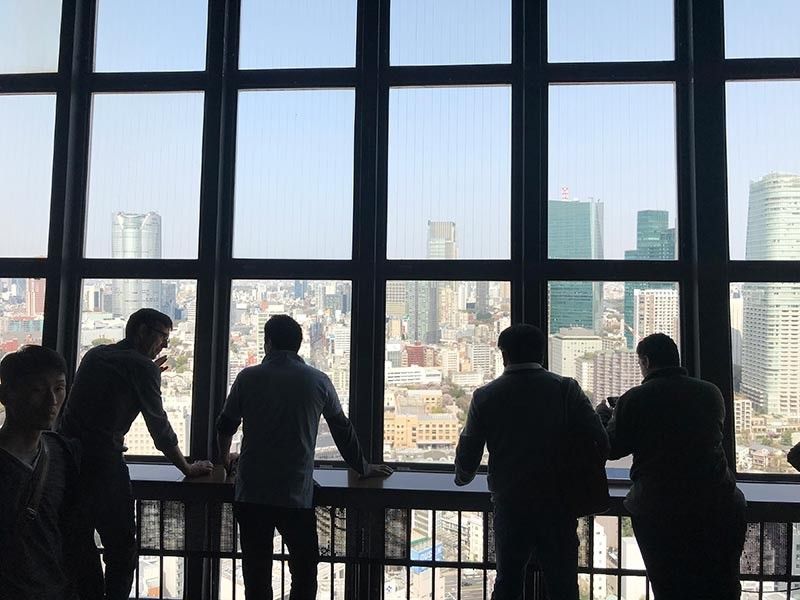 150 meters high, the Main Deck of the tower 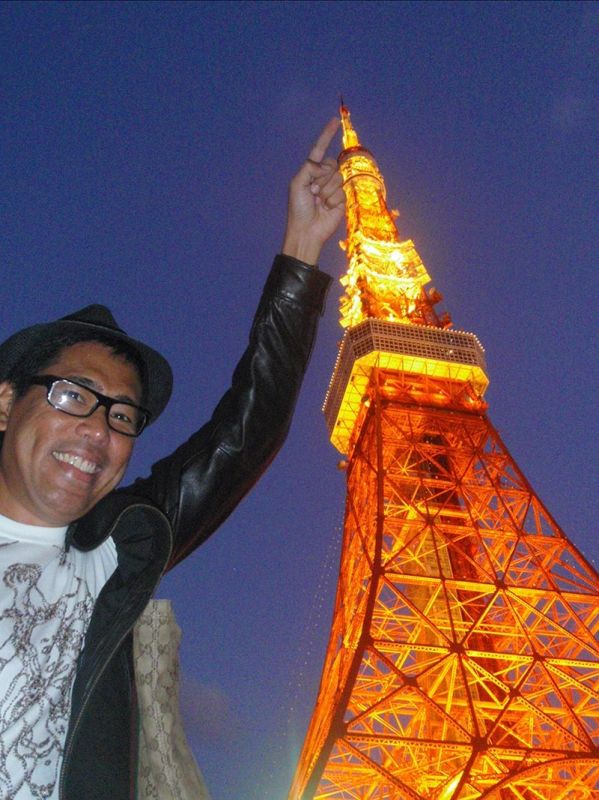 2010 encounter with the Tokyo Tower. I didn’t make it inside. 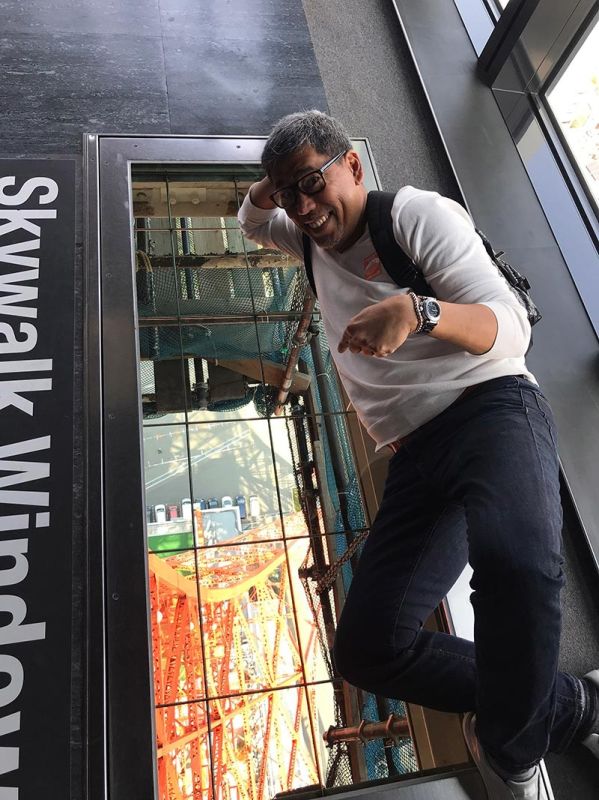 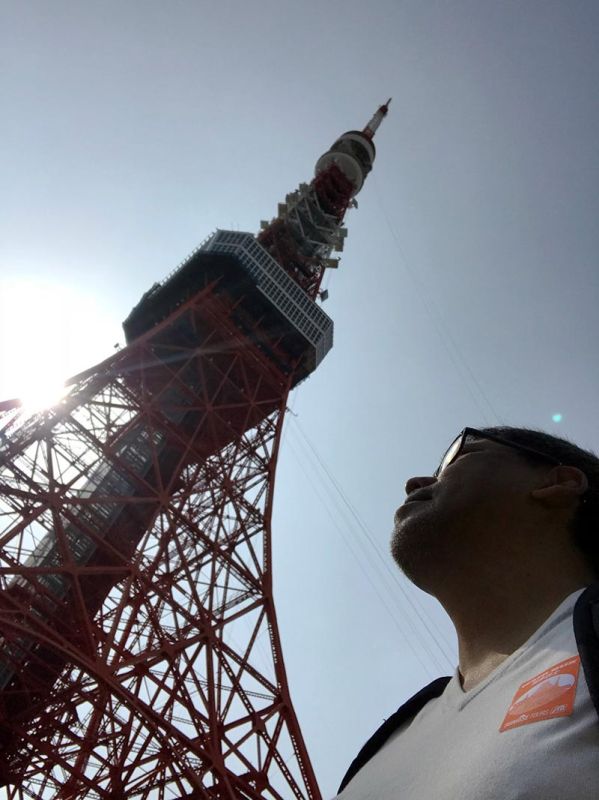 Return to Tokyo Tower to go up this time 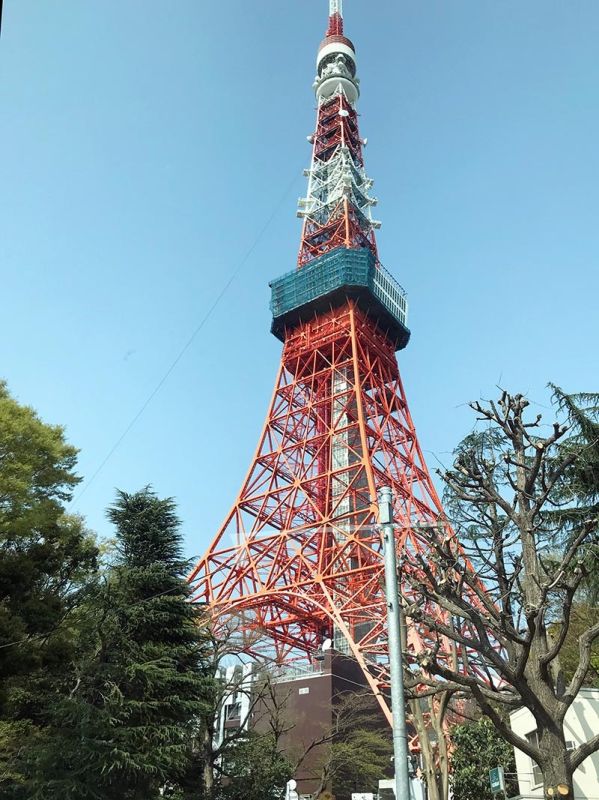 Design inspired by the Eiffel Tower. Built in 1958, it was the tallest artificial tower until 2010 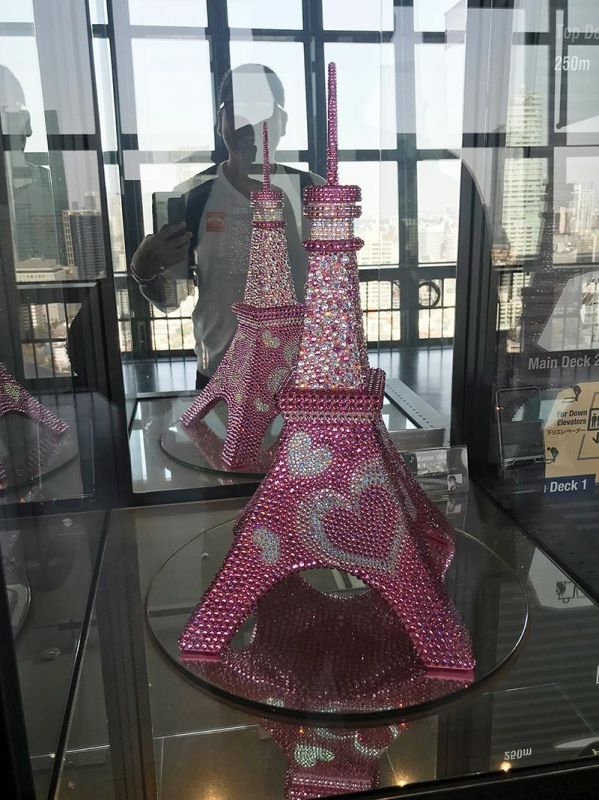 MY FIRST visit in Japan was in 2010. It was a quick trip, and one of the first attractions I saw in Tokyo was the Tokyo Tower. The sun was setting. To see Tokyo at dusk 250 meters above ground can be breathtaking. But did I go up the tower? No. The tourist buses that packed the parking lot was a sign. With a queue that snaked out the doors, how long will it take before I reach the observation desk? Perhaps on the next visit.

Eight years after, in Spring, I went back and went up to the viewing decks of the Tokyo Tower.

Tokyo Tower was built to primarily act as the one large telecommunications tower capable of broadcasting to the entire Kanto region during Japan’s communications boom in the 1950s. It was originally planned to exceed the height of Empire State Building, then the highest structure in the world at 381 meters. With the lack of funds, the plan fell through. Finally, it was the need to reach the required transmission distance in the region that dictated its height.

The designer looked into the Eiffel Tower as the inspiration. The need to withstand intense earthquakes and strong wind brought about by typhoons was infused in the design as well.

On October 14, 1958, when the 90-meter antenna was put in place making its total height 332.9 meters, Tokyo Tower became the tallest freestanding tower in the world. It beat the Eiffel Tower by 13 meters. It became a prominent landmark in the city.

Aside from antenna leasing, tourism is Tokyo Tower’s source of income. Visitors can visit two observations decks — the Main Deck at 150 meters high and the higher Top Deck at 250 meters high.

The 150-meter high Main Deck (formerly called Main Observatory) can be accessed from the ground floor via elevators that can take its guests up in 45 seconds.

The Main Deck’s showcase, the Skywalk Windows, is not for the faint of heart. The glass floor challenges the guests to walk on it (even jump on it) while enjoying the view of the ground below.

The walk around the deck will take you to the Love Power spot. A model of the Tokyo Tower embellished with 10,000 pink Swarovski crystals. It promises to “increase romantic prospects immeasurably” with a single glance. I’m still waiting for that to come true.

Having experienced a bird’s eye view of the city in the newer and taller tower, we opted out on the Top Deck visit.

My tip? Don’t skip this attraction. Remember, Tokyo Tower hold records — it was the tallest of its kind in the area for more than 50 years, and it beat a European (the Eiffel Tower) to the title when it was erected in 1958. Those count, really.