Duterte leaves for Belt and Road Forum in China 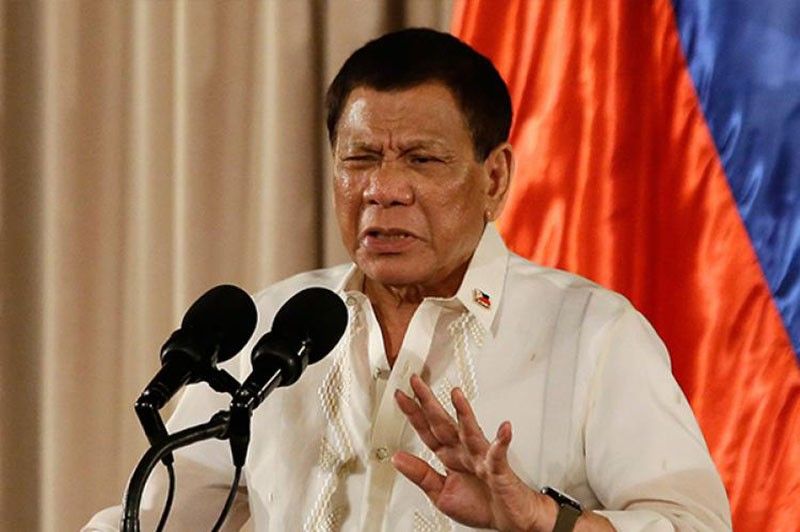 Duterte left Villamor AirBase in Pasay City at around 3:35 p.m., Wednesday. The forum will be held in Beijing on April 25 to 27.

The President left the country amid the disaster that struck Pampanga province in Luzon and the reported presence of Chinese vessels in the Philippine-occupied Pag-asa Island in the contested South China Sea.

In a statement, Malacañang said Duterte's participation in the Road and Belt Forum reaffirms the Philippines’ commitment to work with partners in the region to "further enhance regional connectivity and economic integration in order to advance the country’s development agenda and sustain regional growth and development."

"The President, together with over 35 Leaders and heads of international organizations, will discuss, among others, how to boost connectivity, further strengthen policy synergy and build closer partnerships, and promote green and sustainable development," the Palace said.

"The Forum is an opportunity for the Philippines to explore synergies on connectivity initiatives. This includes projects under the BRI (Belt and Road Initiatives), and the country’s Build, Build, Build and other development programs," it added.

Duterte is expected to meet with Xi and Li "to take stock of key developments in bilateral relations and regional affairs."

"The President is one of select leaders who will meet President Xi and Premier Li separately and will be honored with a dinner," the Palace said.

Meantime, Duterte and Li would discuss cooperation between the Philippines and China in the fields of "infrastructure, trade and investment, people-to-people relations, as well as regional cooperation," Montealegre said.

The Foreign Affairs official said five bilateral agreements to boost cooperation between Manila and Beijing in the areas of education, anti-corruption, official development assistance, and drug rehabilitation would also be signed during Duterte's visit to China.

The Philippines's relationship with China has improved, as Duterte has persistently refused to invoke the July 2016 arbitral ruling which invalidated Beijing's massive claims to the South China Sea.

The Palace said the President would also meet with Filipino and Chinese business leaders to explore ways of further enhancing two-way trade and investments. (SunStar Philippines)